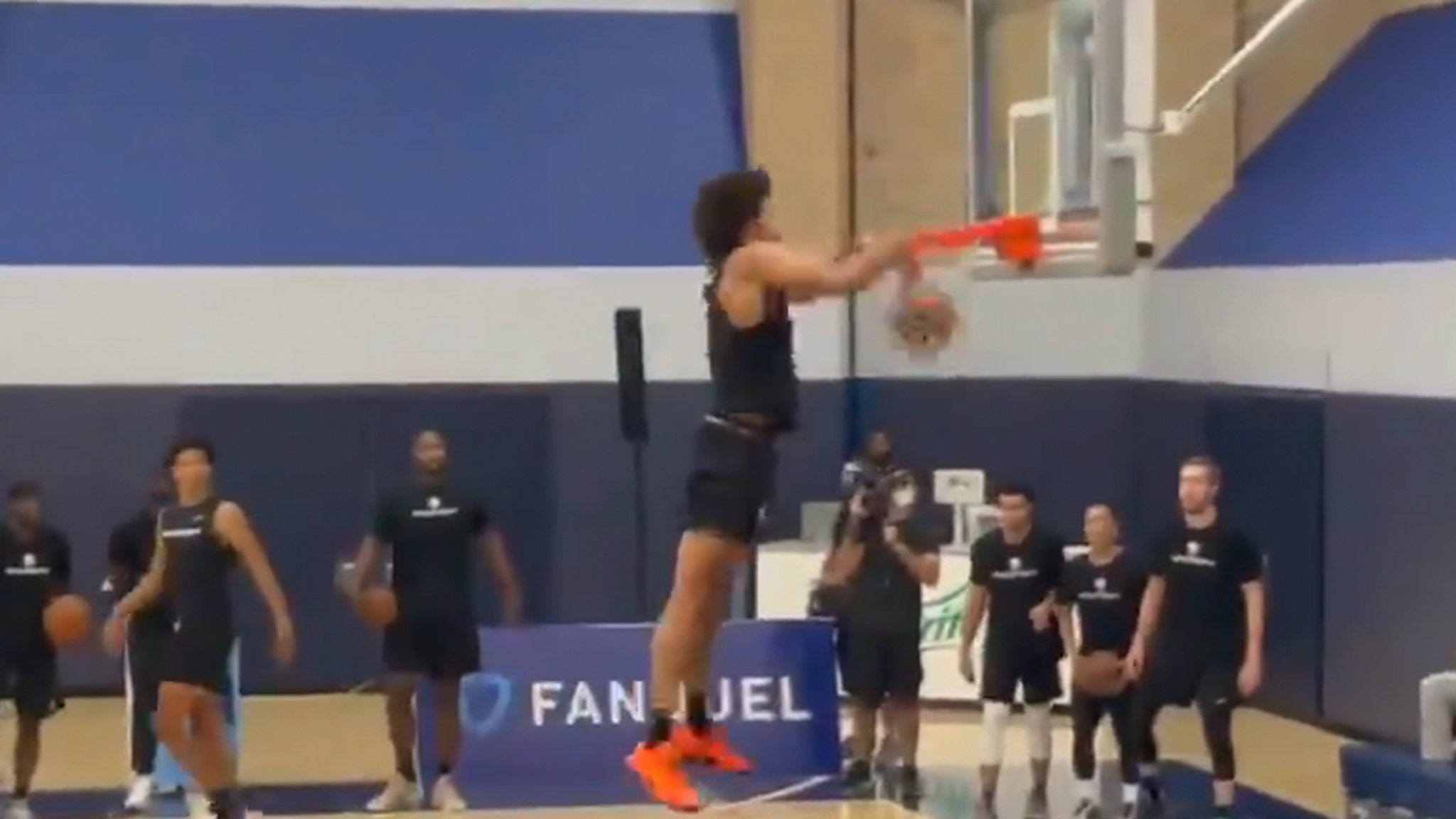 Ever seen a dude jump so high during a dunk that he injured his face on the rim???

Well, now ya have … ’cause NBA draft prospect Jericho Sims did just that Tuesday night — and video of the scene is absolutely WILD!!!

Sims was warming up to try to put on a show for scouts at this week’s Klutch Sports Pro Day … when he elevated so high for a dunk, his eye came down and scraped the rim.

Check out the footage, the 22-year-old former Texas Longhorns star was a legit FOOT above the goal before his head came crashing down on the iron … and he had to wipe away at his face afterward to try to stop the pain.

Don’t worry … Sims ended up being just fine — and he went on to prove to NBA execs throughout the evening his hops are seriously no joke.

In fact, NBA superstar Ja Morant was so impressed with the guy … he even tweeted a shocked reaction to the throwdown!!!

The 6-foot-10, 245-pound forward — who averaged 9.2 points and 7.2 rebounds per game as a senior in 2021 — was not initially thought to be a potential first-round pick later this month … but he’s shown so much athleticism in pre-draft workouts, pundits are now rethinking that idea.

Better put some bubble wrap on those NBA rims when this guy gets to the show!!