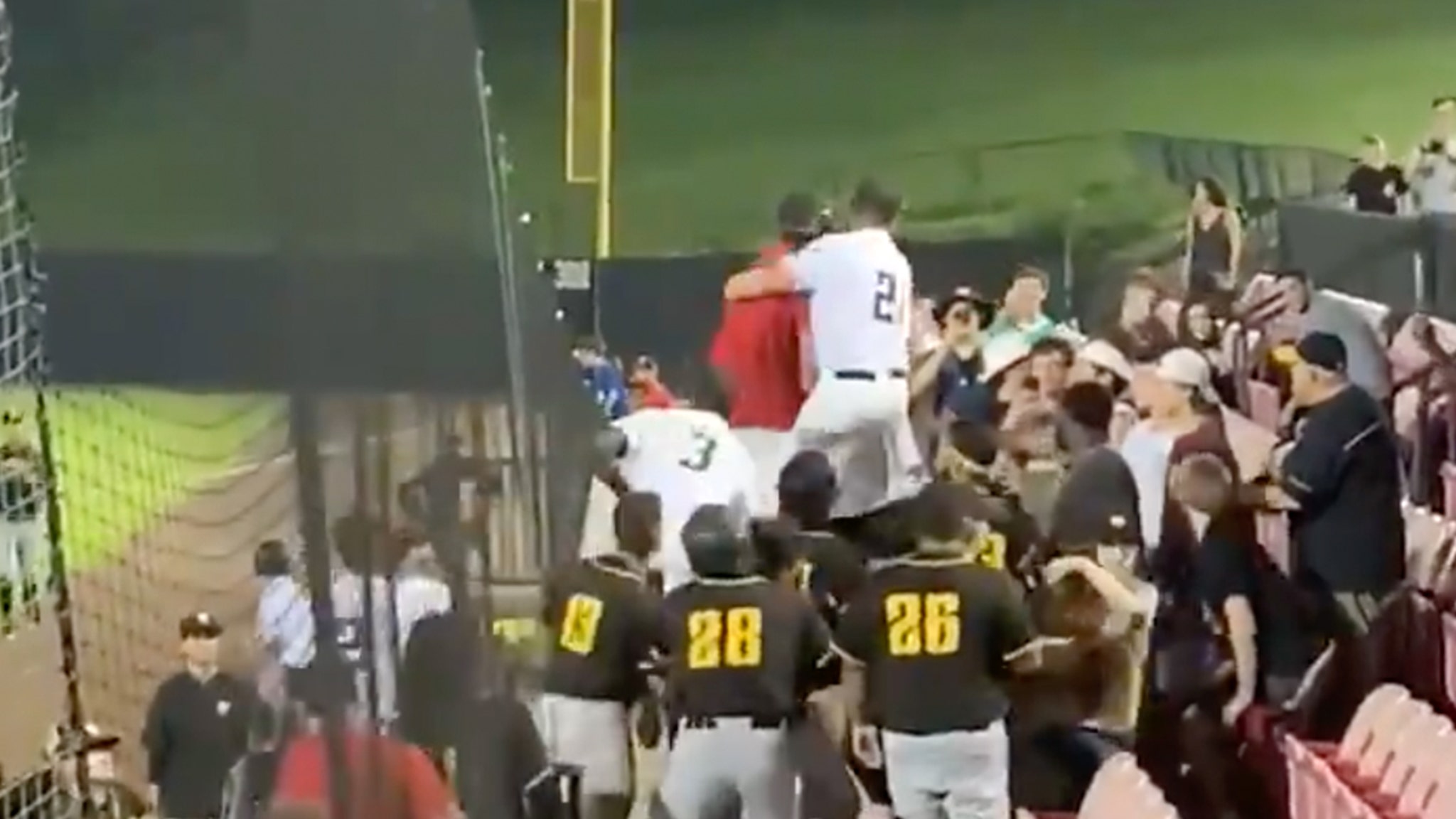 A pro baseball game turned ugly Thursday night … when players charged at fans in the stands after some spectators allegedly threw beer at them.

The wild scene all went down in a Frontier League game at Yogi Berra Stadium in Little Falls, NJ … when the New Jersey Jackals vs. Sussex County Miners tilt had to be paused due to a near-brawl in the stands.

A literal ‘Malice in the Palace’ style brawl between players and fans in the stands of the NJ Jackals game just broke out while @NjTank99 was judging a hotdog contest on the other side of the stadium.

The incident was all captured on video … and it’s crazy — ’cause players from both teams bum-rushed at spectators, nearly igniting a huge fight in the seats.

You can see in the clip, players were all the way up in the 2nd and 3rd rows, getting in the faces of fans … and it appeared the guys were just moments away from letting fists fly.

Fortunately, other players were able to hold aggressors back … and play resumed without any real, major tiffs blowing up.

As for why it all happened … it was $1 beer night at the stadium — and one witness said a fan had no problem throwing some suds at players during a break in the action — ‘causing the athletes to explode.

In the end, cooler heads prevailed … and the Miners ended up winning a wild one, 15-14.