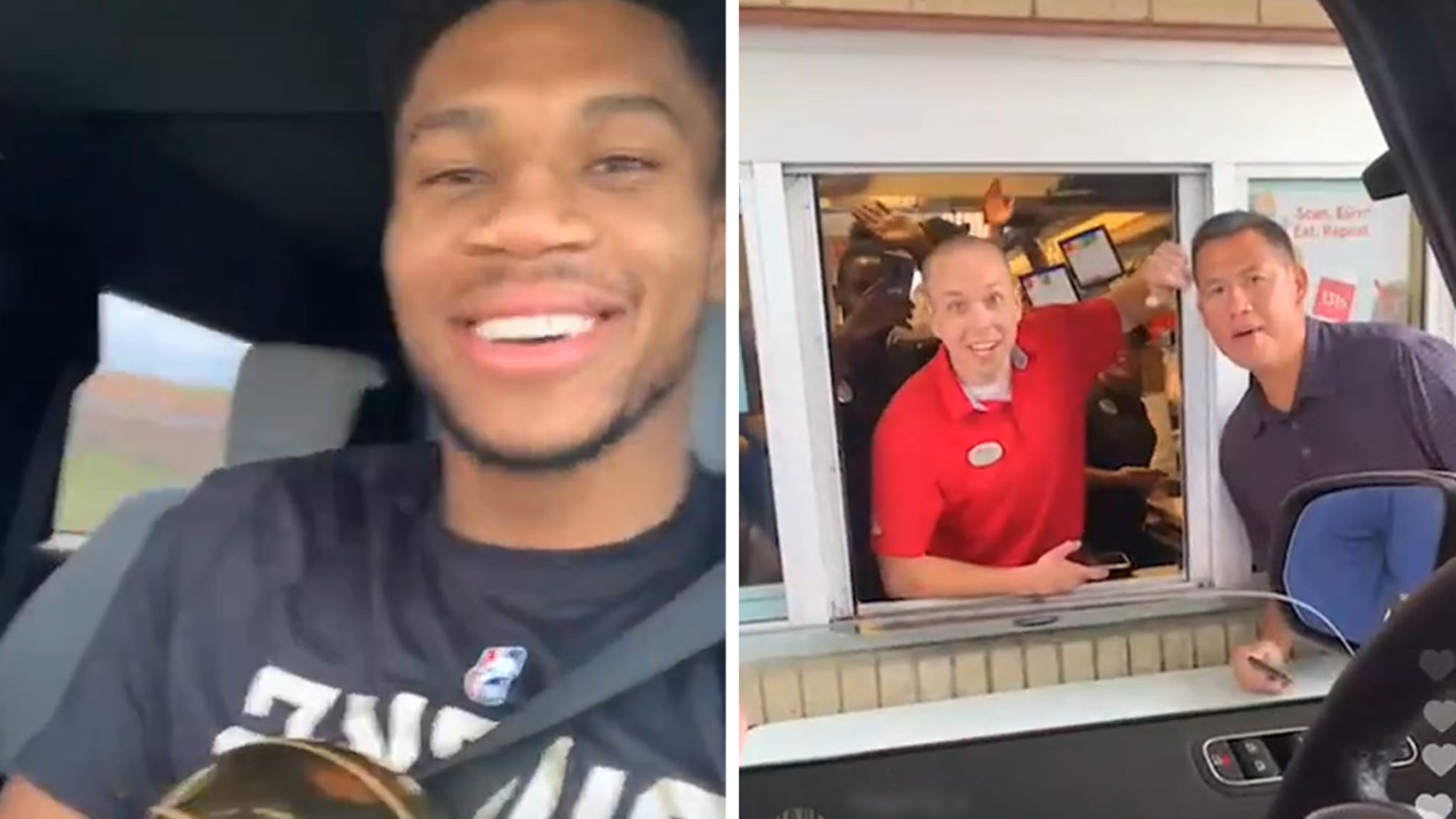 Forget porterhouse steaks and fancy champagne … Giannis Antetokounmpo celebrated his NBA title with Chick-fil-A — and his run to the fast-food joint Wednesday was absolutely EPIC!!!

The Bucks superstar — fresh off dropping 50 points in Milwaukee’s NBA finals-clinching Game 6 win over the Suns — documented his whole trip to breakfast on social media, and it was seriously amazing.

Giannis made the trek to the food spot with the Larry O’Brien trophy and his NBA finals award in his lap … and he stopped to celebrate with plenty of happy fans along the way.

At one point, the dude even let a guy reach into his ride to touch his championship hardware!!

Once Giannis got to the Chick-fil-A line … he ordered a feast — first, requesting 50 (not 49 and not 51) nuggets to celebrate his points total from Tuesday night’s game.

Then the 26-year-old added some burritos and a half Sprite/half lemonade drink!!

Giannis then tried to score some free Chick-fil-A for life … making a deal with workers that if he went back-to-back next season, he’d never have to pay for the place’s chicken again!!

“Hey,” Giannis told his followers on IG Live. “This is why I love Milwaukee. This is why I chose to stay because we celebrate together. It’s been like this since Day One. And I love this.”

Fans then surrounded Antetokounmpo’s whip — chanting “Bucks In 6” and “M-V-P” — before Giannis signed off to go home and eat his meal.