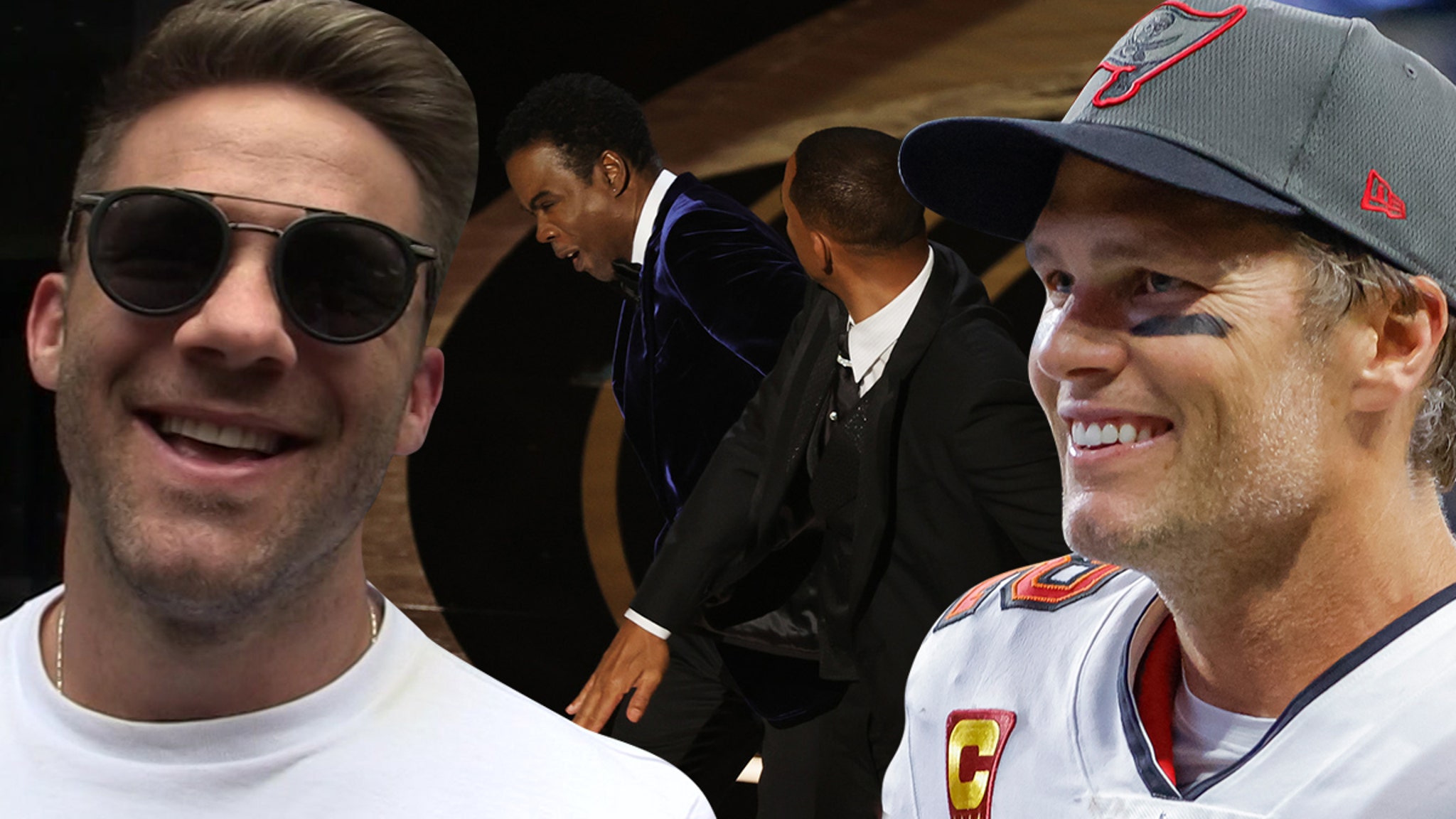 Julian Edelman got in on the jokes after Will Smith slapped Chris Rock at the Oscars … by using the viral moment to reference Tom Brady‘s fight with retirement — and it’s pretty good.

Edelman posted the hilarious meme on his Twitter page … poking fun at the fact his good friend, Brady, was retired for just 40 days before deciding to rejoin the Buccaneers.

You can probably guess by now, but in the meme, Tom Brady’s name is edited onto Smith … and the word “retirement” is on Rock — in other words, TB12 is slapping retirement in the face.

Brady, who played 22 seasons in the NFL, announced his retirement in early February but did a 180 nearly a month and a half later … telling the world he was returning to play.

While Jules’ joke is far from controversial, Rock’s quip about Jada‘s hair has sparked debate on whether he was in the wrong.

As we reported, Rock claims to have not known about Jada’s battle with alopecia … and Smith has apologized for the slap.

The situation between Smith and Rock is far more complex, but Tom and Julian’s relationship appears to be going strong as ever, despite the two no longer being teammates.

Safe to say Edelman won’t be getting an angry phone call from Tom anytime soon.