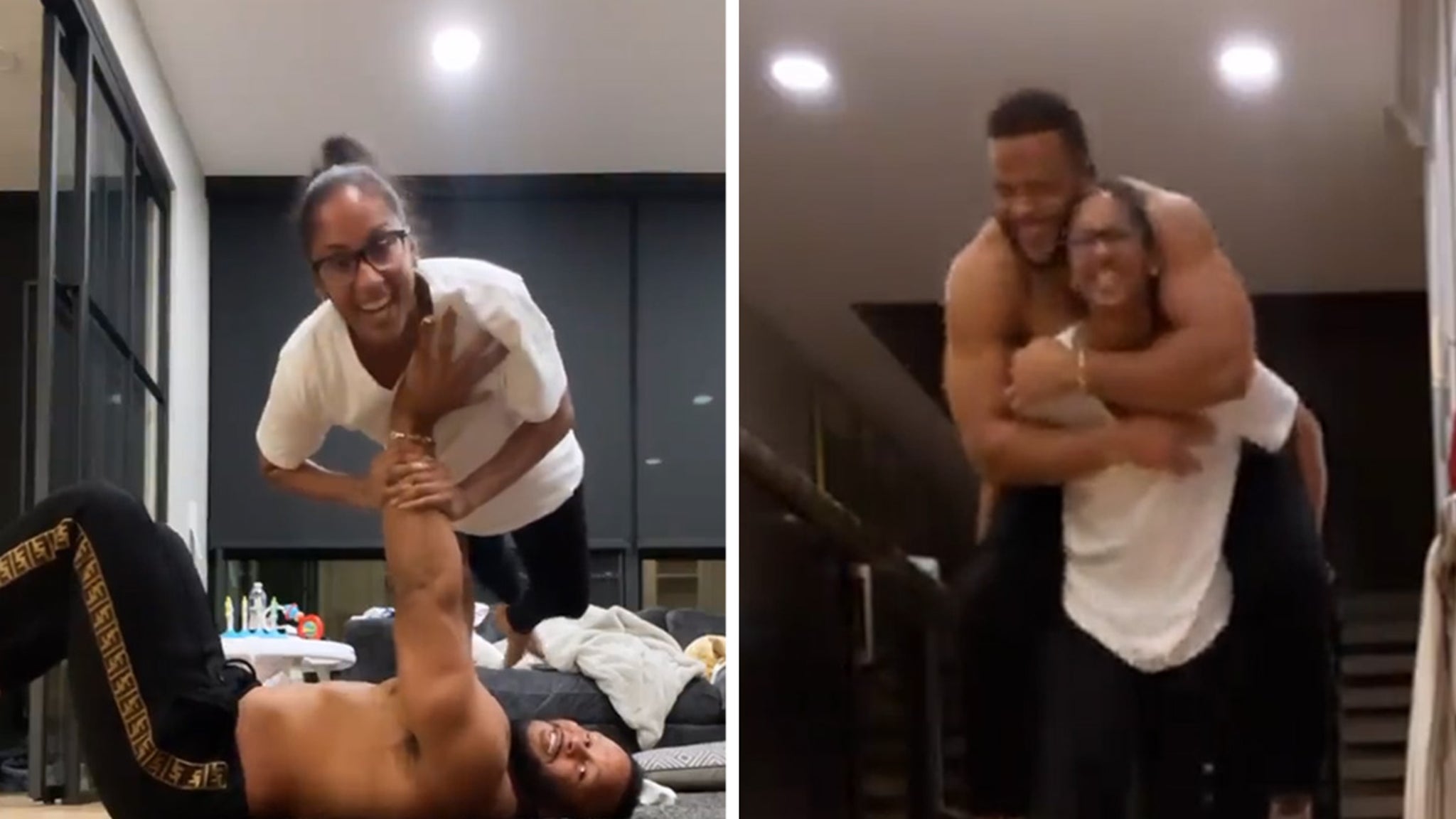 The L.A. Rams star and his sweetheart revealed what a late-night sweat sesh looks like at the Donald household on Tuesday … and, apparently, it features Aaron bench pressing Erica over and over again!!

Erica posted the footage of the impromptu workout to her social media page … and it’s pretty impressive — on both of their ends!

In one of the clips, Erica can be seen carrying Aaron on her back. In another, Aaron — in Fendi designer sweatpants — can be seen benching Erica more than 10 times from the floor.

The couple then turned the training into a competition — jokingly slapping each other’s arms during a plank-off.

Of course, as impressive as the workout was for AD — it’s hardly the craziest thing we’ve seen the guy do when it comes to fitness … remember when he benched 495 pounds?!?