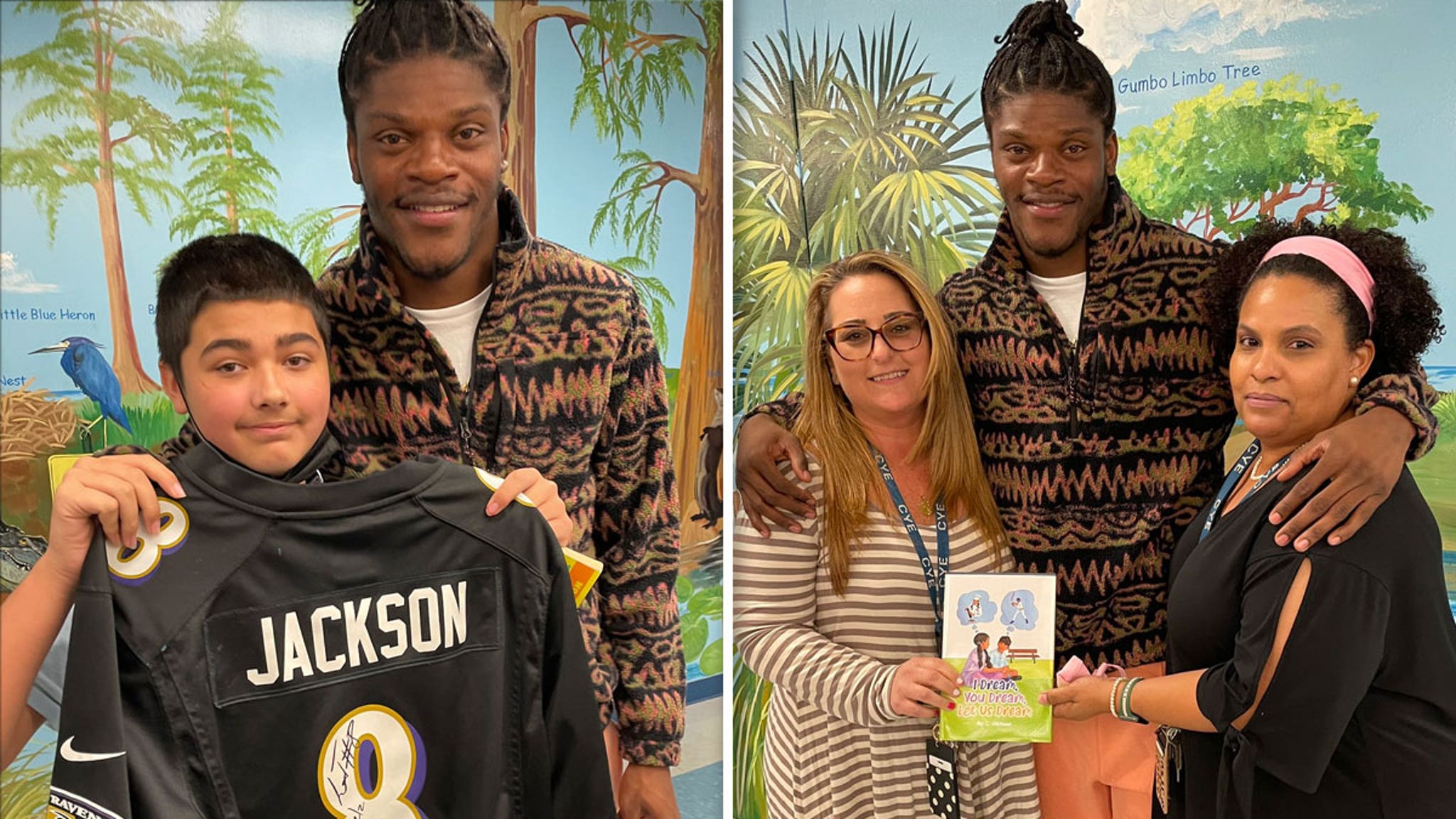 Lamar Jackson is showing once again he’s got MVP game both on the field and off of it … surprising kids at his old elementary school on Wednesday with signed jerseys and books.

The Baltimore Ravens star pulled up to his former Cypress Elementary stomping grounds in Florida to deliver the gifts … and in pics from his visit, you can see everyone was thrilled to hang with the quarterback.

Lamar personalized autographs on some of the Ravens jerseys he brought for the kids … and he also handed out copies of his children’s book, “I Dream, You Dream, Let Us Dream,” which he wrote to inspire kids worldwide.

In addition to putting a smile on the kids’ faces, Jackson also visited with his former first-grade teacher — who he shared a warm embrace with.

Officials at the school were pumped over the QB’s visit … tweeting Wednesday afternoon, “It’s a great day at Cypress when NFL Quarterback Lamar Jackson comes to give copies of his book to our students!”