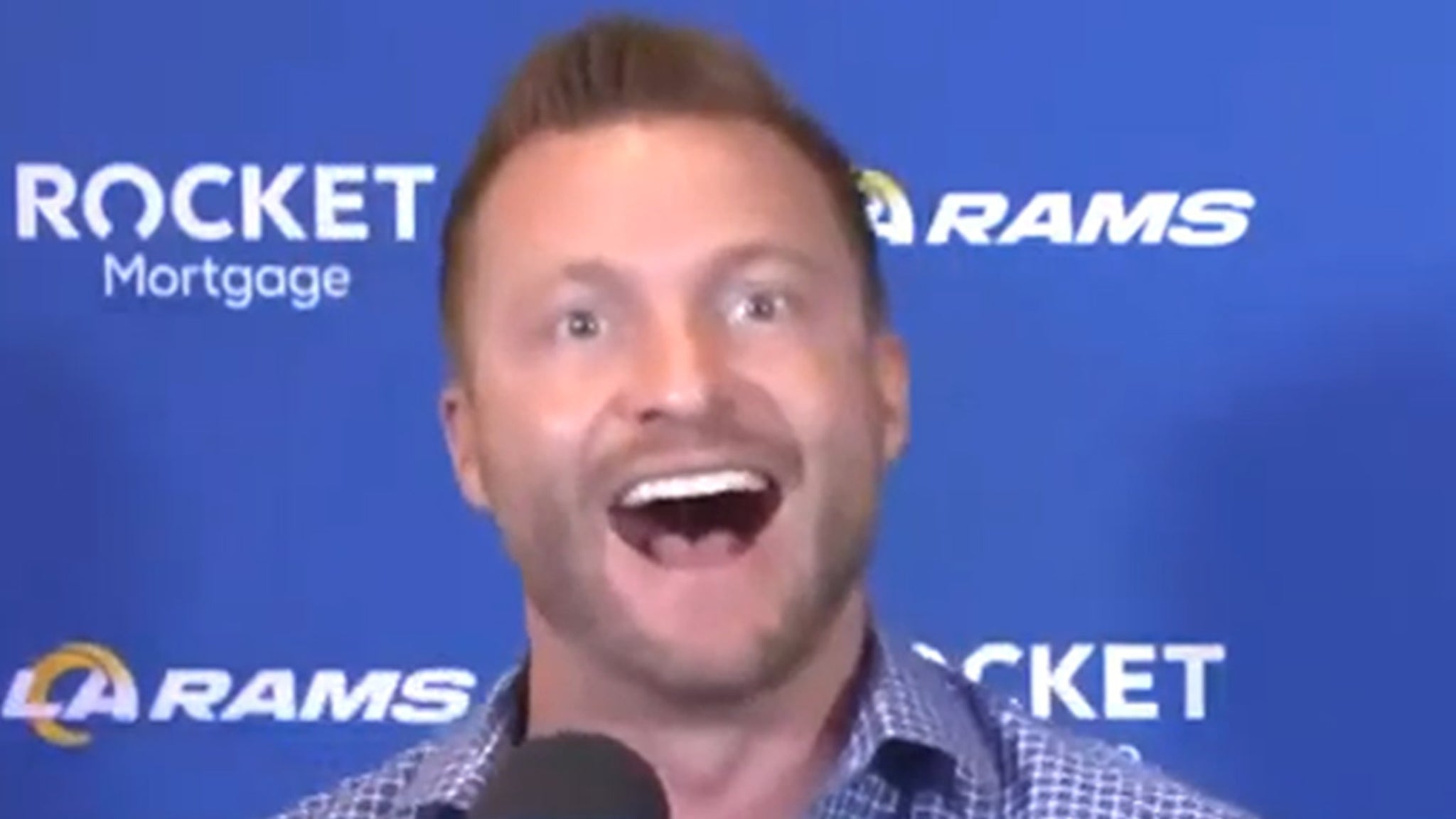 Sean McVay couldn’t help but chuckle after the New England Patriots drafted Cole Strange with the 29th overall pick … admitting he thought the Chattanooga center would be available MUCH later in the draft!!

The L.A. Rams coach and GM, Les Snead, chopped it up with reporters after Thursday’s first round … and the two were in really great spirits as they answered questions.

The duo cracked jokes for 5 straight minutes — after all, with zero picks until the third round, they didn’t have too much to worry about.

But, the funniest part of the media sesh came when McVay and Snead found out about the Pats drafting Strange late in the first round … which came as a shock to them both.

Here’s the thing — some people are taking the reaction as shade at Bill Belichick and the Pats, with the interpretation being McVay thinks they reached for the center.

But, as Snead points out, Strange is an incredible talent … and one of the quickest linemen in the draft.

So, chances are, the guys were laughing at how off they were on the possibility of landing prospect … but either way, the reaction is hilarious.

We’ll see who gets the last laugh come this season.