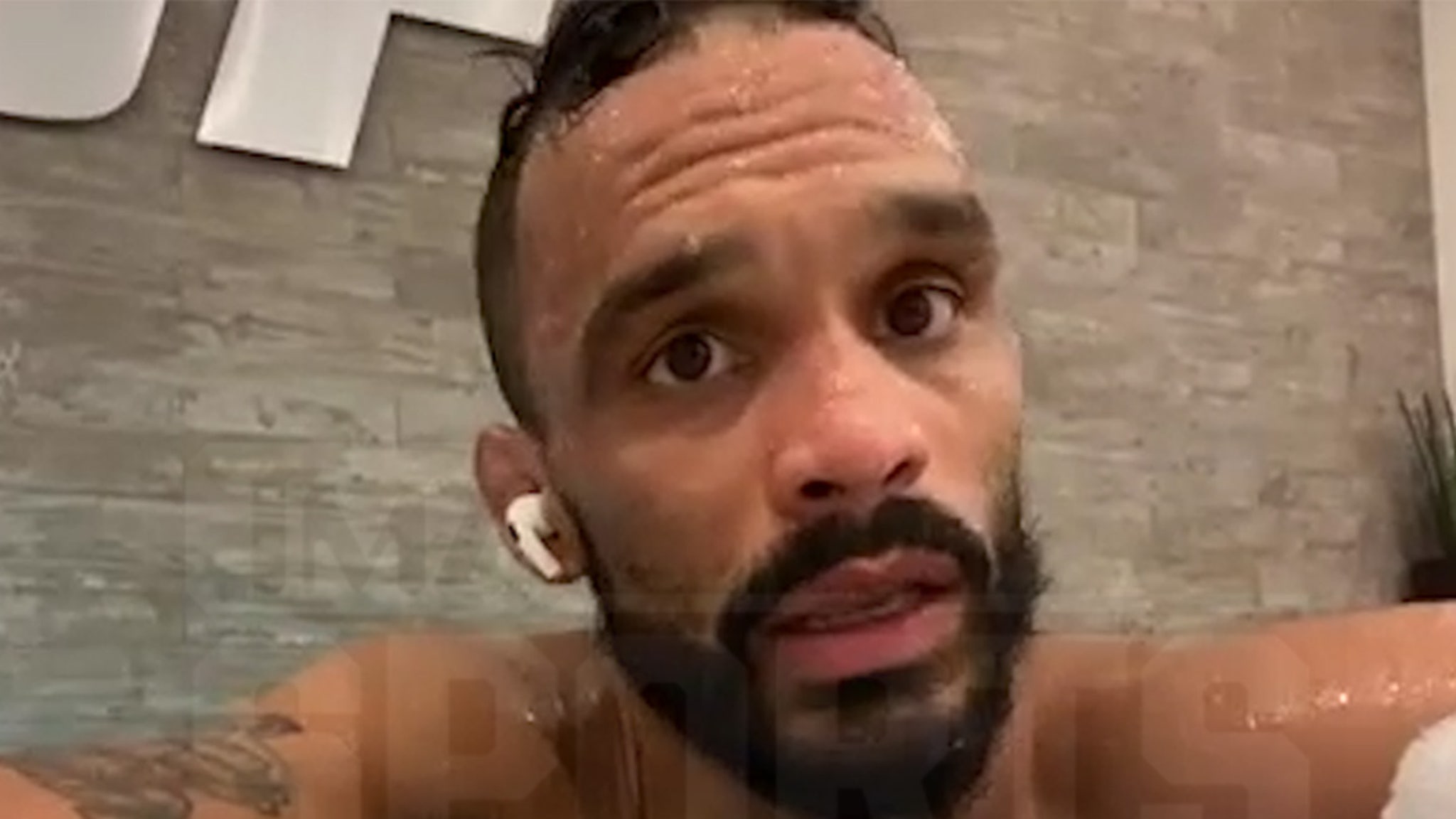 Rob Font will absolutely take the fight, but the UFC contender tells TMZ Sports he doesn’t believe a win over Chito Vera on Saturday will propel him to a title shot … he thinks he still has work to do.

We talked to the 34-year-old, #5 ranked bantamweight as he began to cut weight earlier this week (Note: Font ended up missing weight, and will lose 20% of his purse) for his fight with Vera at UFC Fight Night — and we asked if he believed a win sets him up for title shot against Aljamain Sterling.

“It’s a great opportunity to get back out there, get some exposure, get another main event. I appreciate that. But, it’s not like I go out there and put this guy away, ‘I’m getting a title shot,'” Font says.

“But, that’s cool, too. I’m coming off a loss. I’m not in denial. Like ‘Oh yeah, I deserve a title.’ That’s why I’m saying one or two away. My main focus is obviously Chito.”

It’s not the typical response.

In fact, we also talked to Chito … and although the 29-year-old is ranked a few spots lower than RF at #8, when we asked if a win would put him within one fight of the belt, Vera says the dub over Font could catapult him into the Octagon with Sterling.

“Or, I can fight straight for the belt. You never know what’s gonna happen.”

Chito continued … “Winning is everything. You go in there and put on a good performance, you probably get what you wish for.”

And, Vera’s logic isn’t crazy … “I get in there, put on a great performance, go through him and I become number 5 by next week. And, we go from there. Once you’re in the top 5 you’re a title contender.”

No easy fights in the top 10 … but both these men are badasses.

Check out the clips … there’s more talk about the actual fight.

And, title shot or not … what’s undeniable is whoever wins Saturday night at the APEX Center in Vegas takes a giant step toward fighting for a chance to strap that UFC gold around their waist.

Rihanna Gives Birth to Baby Boy, First Child with A$AP Rocky
The bois got me #shorts #viral #basketball
Amber Heard Gets ANGRY As The Truth Comes Out SHE Leaked It To TMZ For Publicity
Escape Engmoia – Michelle Varte, Youngfella at Runway showdown, virthli 2022 MZU #zonet
TMZ Questions Quavo about Offset Unfollowing | What he said 😱😱