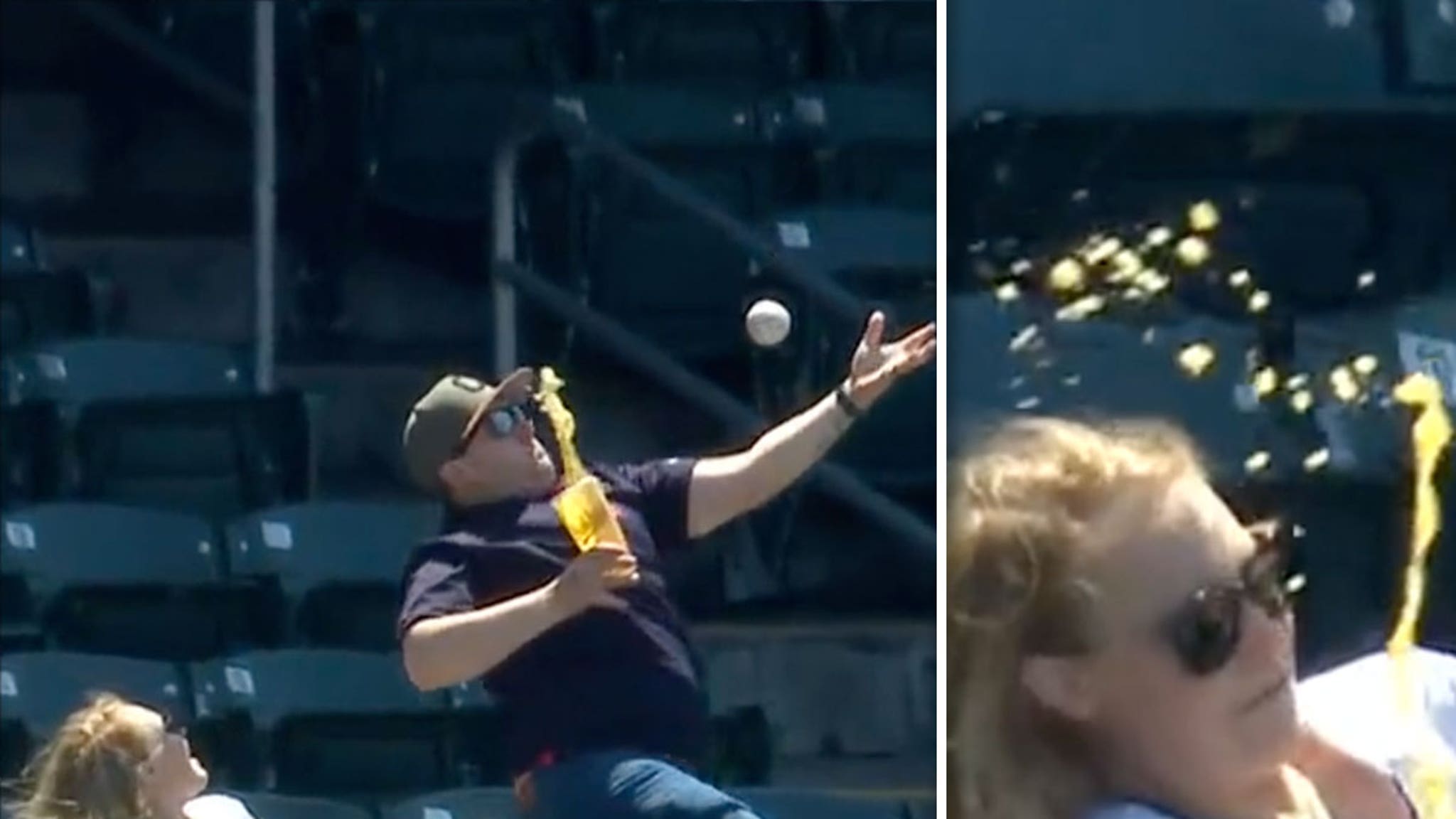 A Guardians fan hilariously spilled his beer on a woman sitting next to him after he whiffed on trying to catch a foul ball coming his way … and the epic fail was all caught on video!

The funny moment happened during the Guardians game against the A’s on Saturday … when a fan tried to make the play of the day — and got nothing instead.

Several errors on the play pic.twitter.com/18fERI7ZN5

You can see in video from the stadium, the foul ball was coming the guy’s way, and he tried his best to snag it using only his left hand, but he bobbled it … and then, disaster hit.

The Cleveland fan’s drink went flying as he jumped into the air to try to nab the baseball … and it spilled all over the woman’s face and her food.

It’s unclear if the woman, who was also a Guardians fan, had any relation to the guy who doused her in beer … but she didn’t seem TOO upset at the guy over it all, laughing and smiling at the blunder.

Next time maybe bring a glove … and extra napkins?!