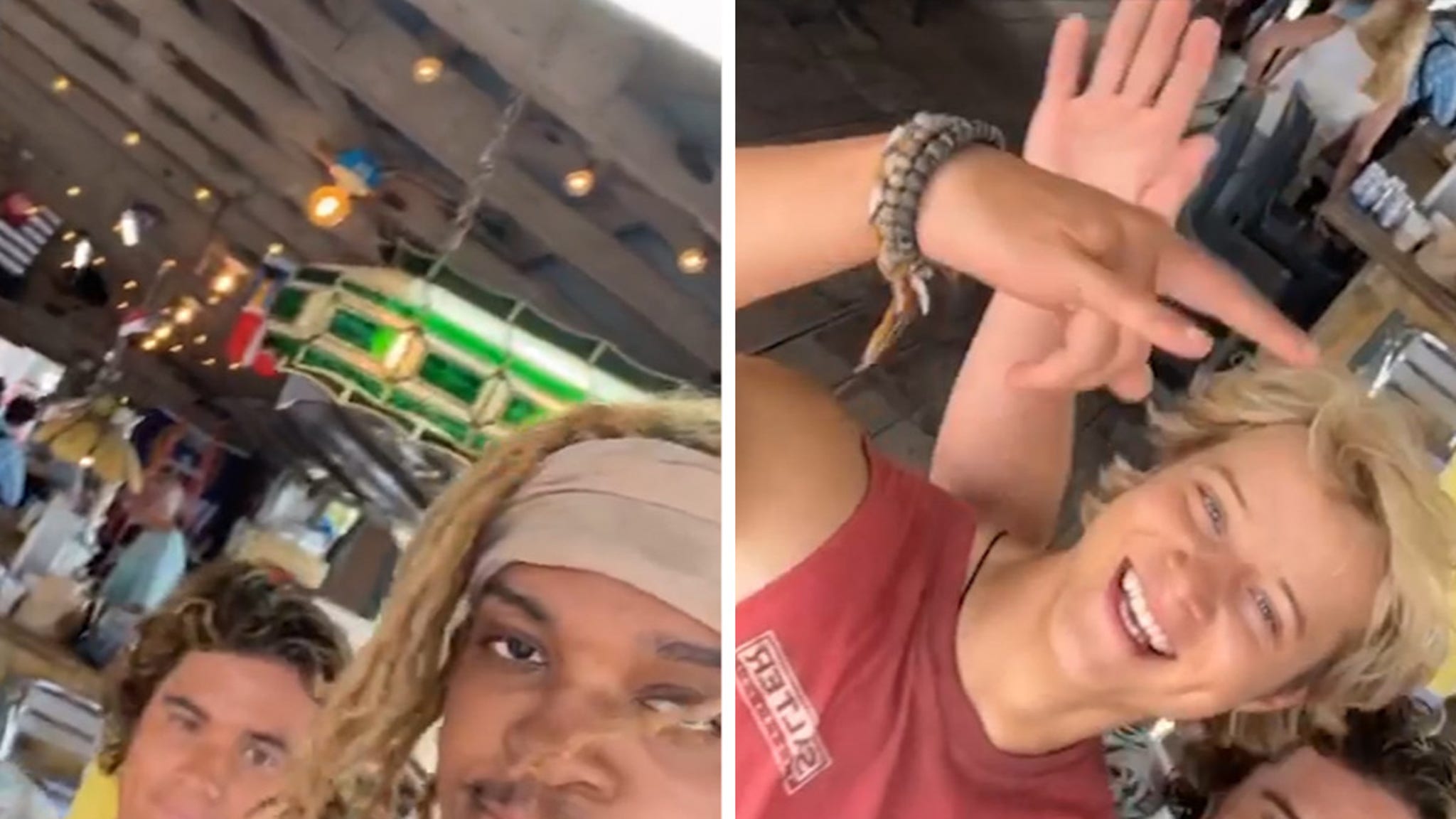 Armando Bacot is entering the world of the Pogues and Kooks — the North Carolina hoops star just landed a role with the super-popular Netflix show “Outer Banks” … and he’s been on set hanging with John B. himself, Chase Stokes!!

The breakout Tar Heels center will appear in several episodes of Season 3 of the series … playing the fittingly-named character, “Mando,” according to Inside Carolina.

The 22-year-old posted vid of his time on set … bro’ing down with Stokes and Rudy Pankow, who plays JJ Maybank on the thriller series.

Now, Bacot taking an acting role might sound super random, but it actually makes a lot of sense … especially considering two of the show’s creators — Josh and Jonas Pate — are North Carolina natives.

On top of that, Josh and the other creator, Shannon Burke, are UNC alums … so that Tar Heel network definitely had to help the 6’10”, 240-lb. baller land the gig.

The big question — is Bacot a Pogue or a Kook in the NC-based show?? We’ll have to wait until the season drops … and that might be quite a bit away.

Meanwhile, Bacot has said he’ll be returning to UNC for his senior year … so don’t worry, Heels fans — he’s not going full Hollywood just yet.