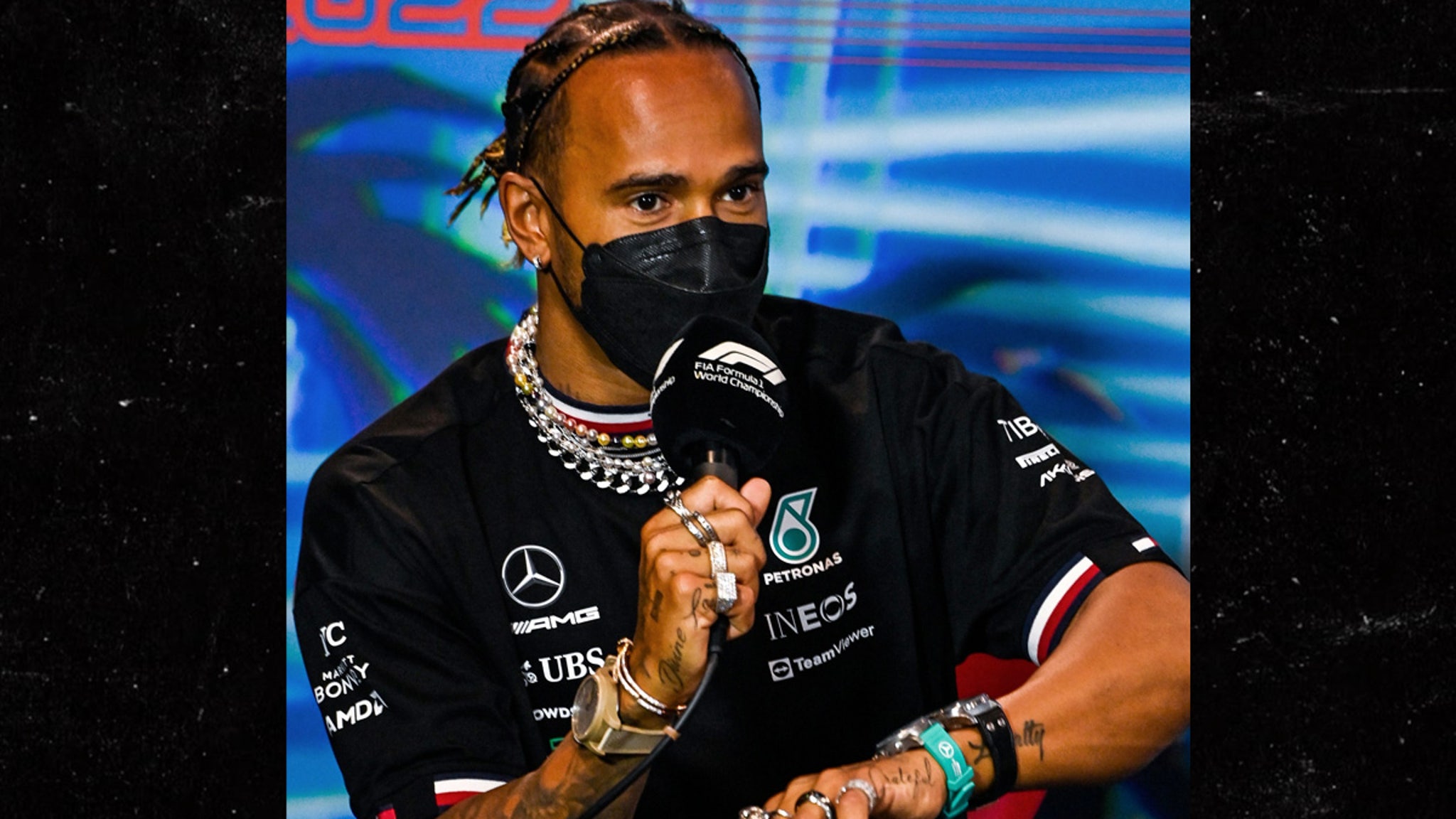 F1 superstar Lewis Hamilton is taking a stand against FIA’s ban on jewelry during races … by wearing multiple necklaces, rings, earrings AND watches at his press conference Friday in Miami.

The Mercedes champ has been outspoken against the association’s recent crackdown on the accessories drivers are allowed to wear during races … claiming there are much bigger issues to focus on.

37-year-old Hamilton doubled down on his position when speaking with media members … saying he feels like it’s a “step backwards” as the sport looks to grow.

“This is such a small thing,” Hamilton said. “I’ve been in this sport for 16 years. I’ve been wearing jewelry for 16 years. In the car, I only have my earrings and my nose ring, which I can’t remove.”

“It seems unnecessary for us to get into this spat,” he added. “So, I’ll try to communicate and work with (FIA president) Mohammed (bin Sulayem). I think I’m here to be an ally of the sport, of Mohammed, and Formula 1, and I think we got bigger fish to fry, bigger things to do, more impact to have.”

“So, I think that’s where the focus should be.”

Hamilton says his jewelry is not magnetic and there are no safety concerns while racing … but if he’s not allowed to compete over the ban, he is content with hanging out in South Beach and letting the backup driver take his spot.

It’s been a tough start for the 7-time champ so far this season … so Mercedes fans have got to be hoping he can get back to his usual success.