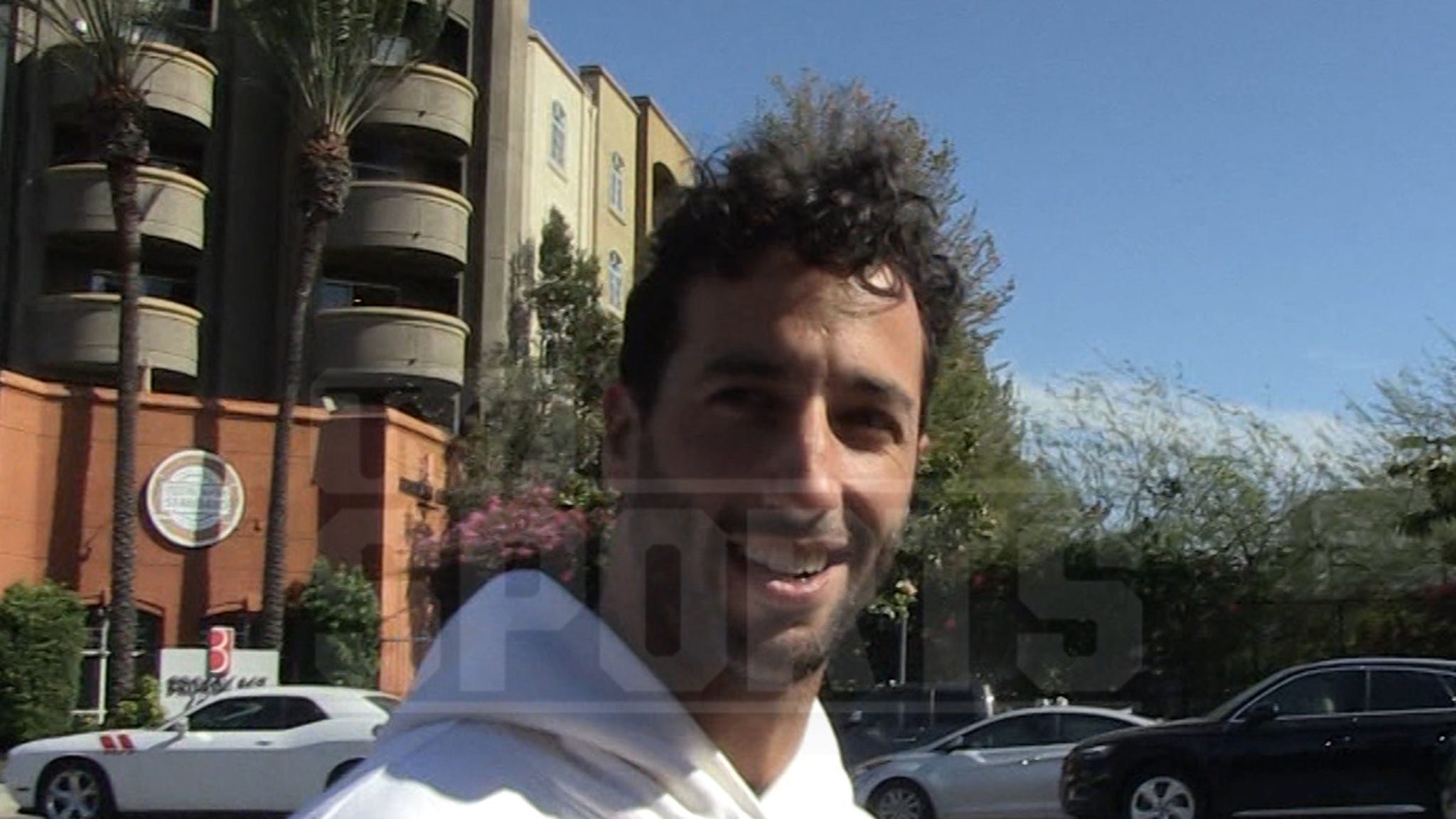 F1 superstar Daniel Ricciardo is giving the Miami Grand Prix two thumbs up — telling TMZ Sports he had an absolute blast in Florida over the weekend … especially because he got to hang out with his bestie, Josh Allen!!

Of course, the biggest stars on the planet were in town for the inaugural race … from David Beckham to Tom Brady and Michael Jordan.

Ricciardo says it was an awesome experience having so many celebs stop by … telling us, “It was cool, it was pretty nuts, actually. It was pretty wild.”

But, there was one VIP that had Daniel super pumped … and that’s the Buffalo Bills quarterback, who was a special guest for McLaren.

Josh Allen is in the paddock. pic.twitter.com/5LQd3I2wRS

In case you didn’t know, Ricciardo and Allen have randomly become really close over the years … with Daniel — a hardcore Bills fan — instantly clicking with the signal-caller after meeting in Monaco in 2019.

We spoke with Ricciardo about hanging with #17 … and you can tell by the look on his face, he’s still giddy over the bro sesh.

As for the race, Ricciardo finished 13th … but he definitely still enjoyed himself.

Ricciardo also talked about the hit Netflix series, “Drive To Survive” getting picked up for two more seasons … and he says he’s not sick of the cameras hanging around him just yet.

In fact, Ricciardo says he’s thrilled the show is getting more eyeballs on the sport … and there’s a fan interaction in the clip that proves it’s really working!!