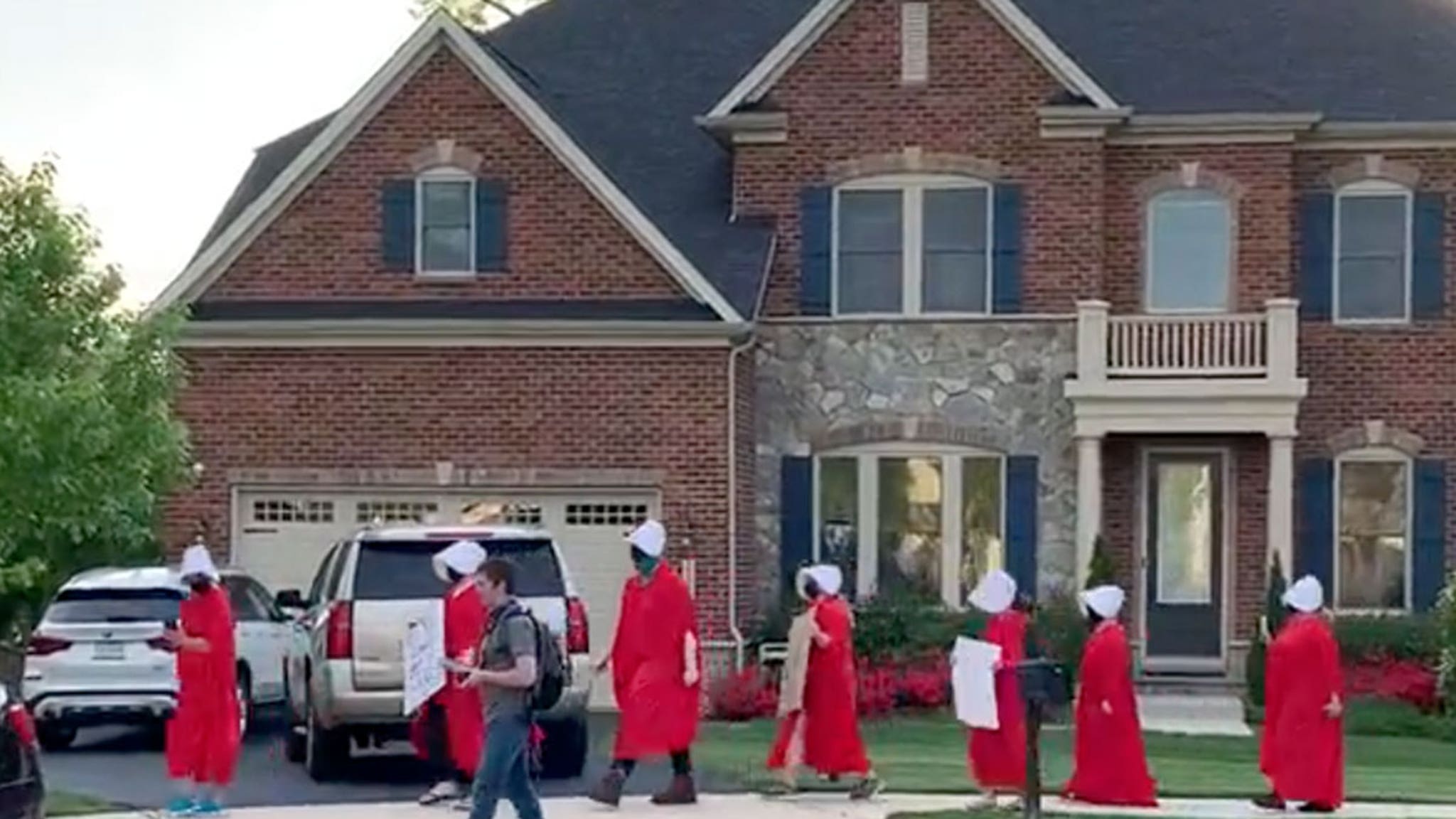 When it comes to the fight over abortion, imagery is all-important, and protesters took that to heart Wednesday night when they wore ‘Handmaid’s Tale’ costumes and took it to the home of Supreme Court Justice Amy Coney Barrett.

A small group of pro-choice demonstrators made their way to Falls Church, Virginia to make their feelings known about the SCOTUS draft opinion that would squarely overturn Roe v. Wade.

One of the protesters made a point of distinguishing ACB’s choice to give birth to 5 kids from other women, claiming her devout Catholicism skewed the way she looks at the law, saying, “Not everybody wants to have 5 kids, or 4 kids or 1 kid.”

There have been other protests at the homes of justices. Demonstrators showed up earlier this week at the homes of Justices Kavanaugh and Alito, as well as Chief Justice Roberts.

It’s unclear if the draft opinion — which has the sign-on of 5 justices — will be the one that becomes the decision of record, but there’s evidence it indeed will be. There has not been a subsequent draft circulated among the justices since the February draft — this according to Politico — and that is a strong indication the February draft may be close to the final version.

The High Court is expected to announce its ruling next month. There are 26 states ready to severely restrict or eliminate the right to an abortion if Roe is overturned.