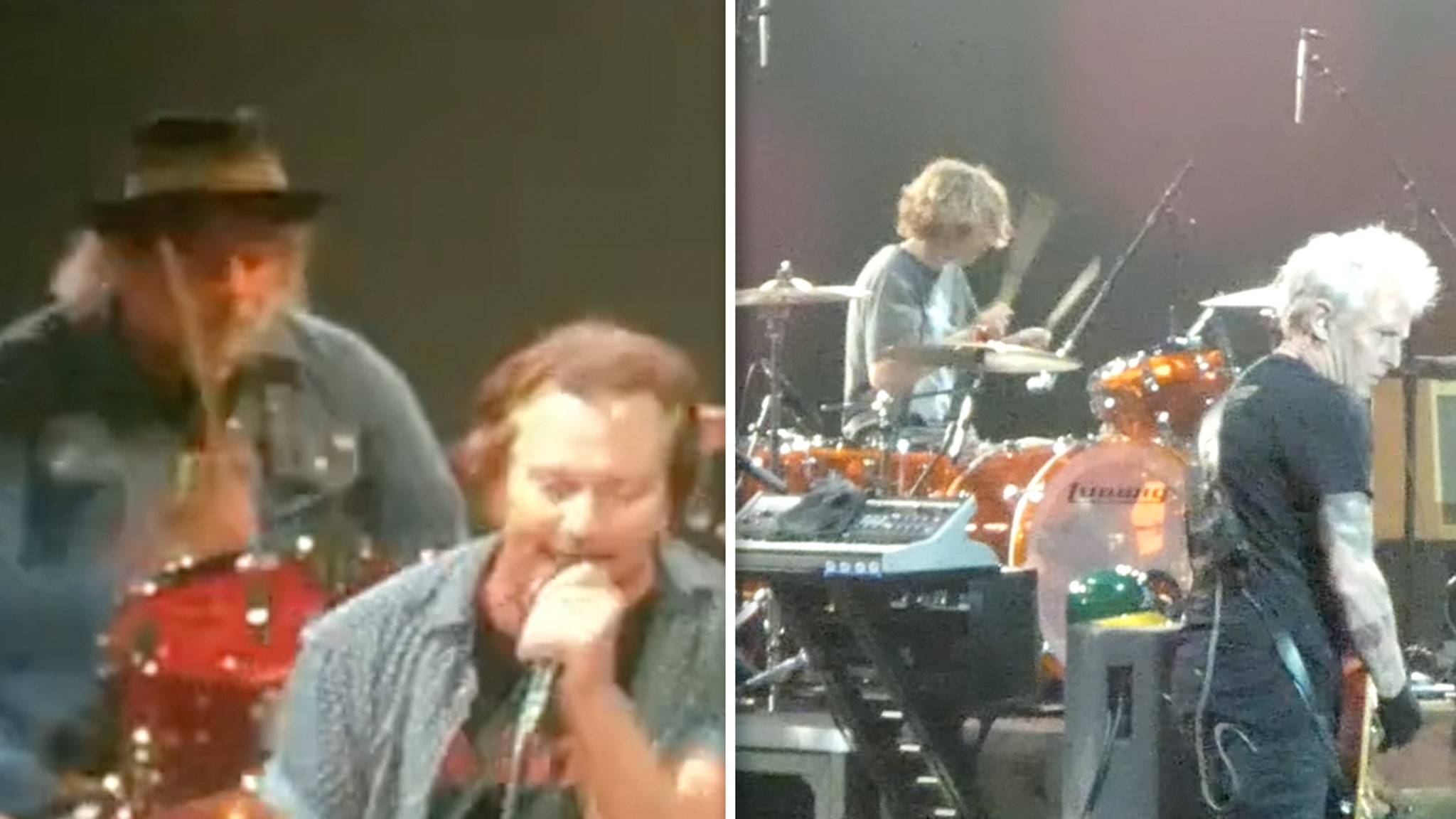 Pearl Jam embodied “the show must go on” during some shows this week — they found replacements for their COVID-stricken drummer … and did so with local talent.

Eddie Vedder and co. performed two packed shows in Oakland, CA this week — one on Thursday and one on Friday — and in both instances, he brought up skilled drummers from the area to help him and his band carry on the show in the absence of Matt Cameron.

Pearl Jam’s regular drummer got COVID. Shout out to the Bay Area music teacher sitting in on the drums at Oracle Arena. (Didn’t get his name.)

Hope every one of his students are here tonight. pic.twitter.com/BirxwJELtT

MC recently came down with the ‘rona, but Pearl Jam insisted on proceeding with the Oakland gigs — as they’d previously pushed ’em back, and didn’t wanna do it again.

So … to help them move along, they employed a couple of professionals by the names of Josh Klinghoffer and Richard Stuverud to carry a majority of the load through each performance — but for at least one song on each day, they also had some Oakland guys fill in.

The first guy was an older fella reportedly named Josh Arroyo, who joined the band onstage for the final song, “Yellow Ledbetter,” and apparently did a heck of a job.

The next night, a teenager named Kai Neukermans — who plays in a band called The Alive — was brought on stage to take over drumming duties midway through the performance, for the song “Mind Your Manners,” and he too seemed to kill it.

Now, before you start thinkin this was some spontaneous thing that happened all spur of the moment-like, it totally wasn’t. It appears both of these amateur drummers were carefully scouted and selected beforehand … and we imagine they some practice runs as well.

Still, pretty sweet that they got to play a Pearl Jam concert in front of thousands of people. That’ll raise your profile just a smidge … no doubt about it.