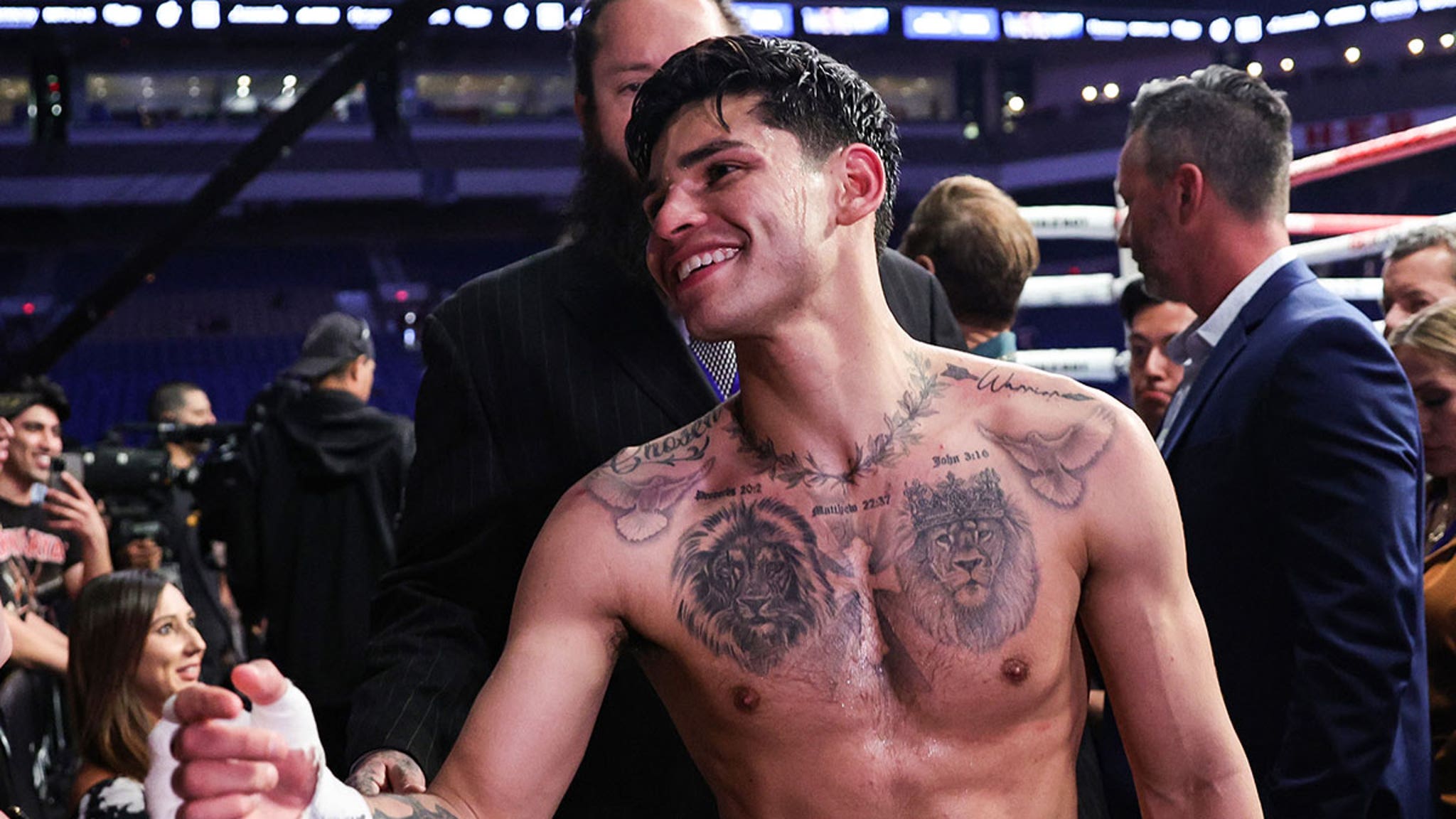 Ryan Garcia is covered in tattoos … but the star boxer revealed this week that he’s actually “so insecure” about them.

The 23-year-old — who just got most of his body art done in the last couple years — explained he’s self-conscious about his ink while reading some “Mean Tweets” with Jomboy’s Dan Canobbio.

On the “Inside Boxing Live” show on Friday, the 22-0 fighter read a string of tweets directed toward him — and one of them mentioned his tats.

“All that money and Ryan Garcia’s tattoos look like he downloaded them off 2k,” Garcia read.

Even though the pugilist giggled initially, he later admitted he’s not always feeling super confident about his body ink.

Garcia has double-digit tattoos on his chest, shoulders and arms — with the most notable being two lions on his pecs.

To his credit, Garcia took all of the mean tweets in stride … laughing at some of the jabs and firing back some good insults at the trolls.

David Dobrik Sued for Excavator Stunt Gone Wrong, Man Claims He Almost Died
Verdict FINAL! Judge Has HAD IT With Elaine in New Hearing! Clock is Ticking For Amber Appeal!
Twista Touts Gun Camp, Believes Education Will Help Curb Gun Violence
Put politics aside, focus on our electricity: Soweto residents to Phalatse
Judge in Amber Heard Case Says You Can Appeal Verdict, But It Will Cost You