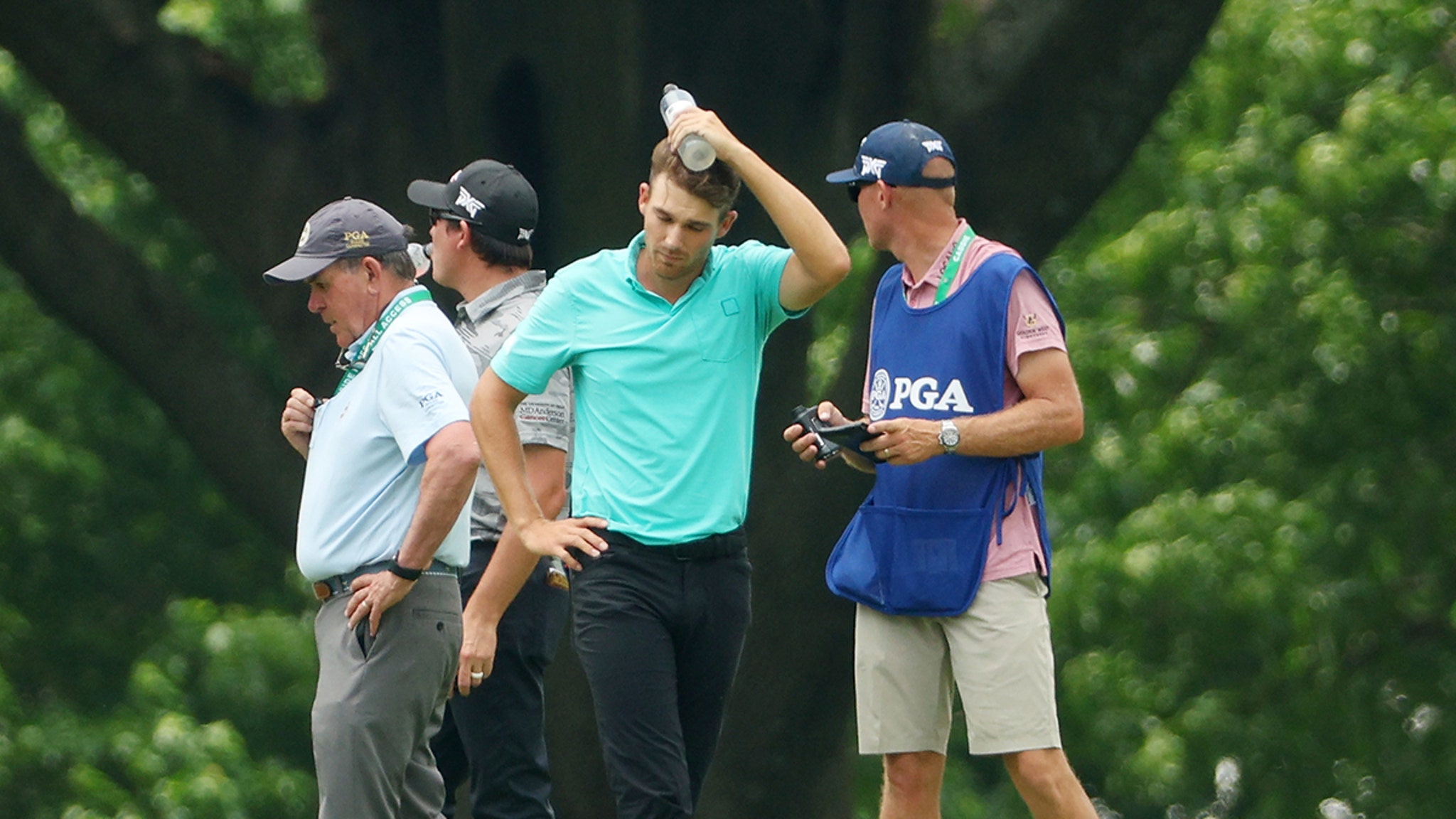 Pro golfer Aaron Wise was hit in the head by Cameron Smith‘s tee shot during the PGA Championship on Friday … but somehow, he was able to brush it off and finish his round!!

Smith was teeing off on the 2nd hole at the Southern Hills Country Club in Tulsa, Oklahoma … when his shot went far to the right — forcing him and his caddie to yell “fore.”

Unfortunately, Wise — who was at the 7th hole — didn’t hear the warnings and was smacked right on his head.

Wise ended up kneeling on the ground with a water bottle placed on his head after the hit … but he managed to get up after a few seconds.

“There was a little bit of ringing in my head and I was down on the fairway,” the 25-year-old golfer said. according to golf reporter Garrett Johnston.

“That lasted for about 20 seconds. Then I felt pretty normal after that.”

Wise completed his round 2-over 72 and is one over par in the tournament. Shortly after, he was checked by medical staff and is doing okay.

Wise wasn’t the only one taking shots to the head — ESPN’s Sage Steele was also struck by Jon Rahm‘s tee shot on Thursday.

Be careful out there, folks.