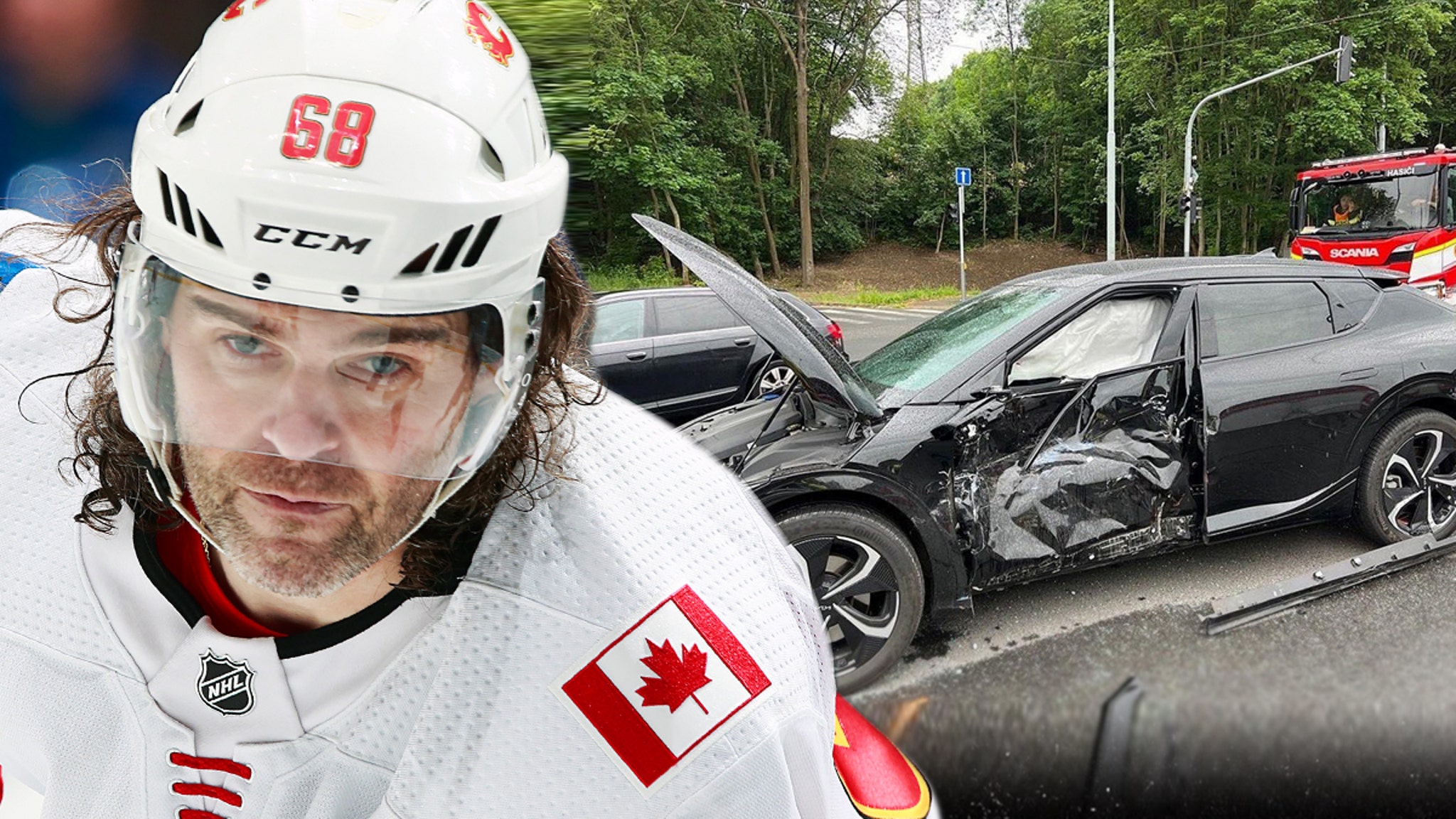 Jaromir Jagr — one of the best NHL players ever — says he’s fortunate to be alive today … after his car collided with a tram at a high rate of speed.

The Pittsburgh Penguins legend explained the terrifying accident in a post on his social media page Wednesday … saying it was all his fault.

In his post, which was written in Czech, Jagr said he was trying to cross the road, and ultimately didn’t see a tram that was coming at him at “high speed.”

In a photo of his car following the accident, you can see the tram hit Jagr’s driver’s side door — leaving a huge dent. The hockey player, though, said he somehow escaped just fine.

“I climbed out without injury,” he said.

Jaromir Jagr in the 90s was quite the specimen. Stunningly quick hands while fighting through an unbelievable amount of obstruction pic.twitter.com/Fp2QjhjpgB

“I thank everyone for their understanding,” Jagr said, “and also for the help to those who intervened on the spot.”