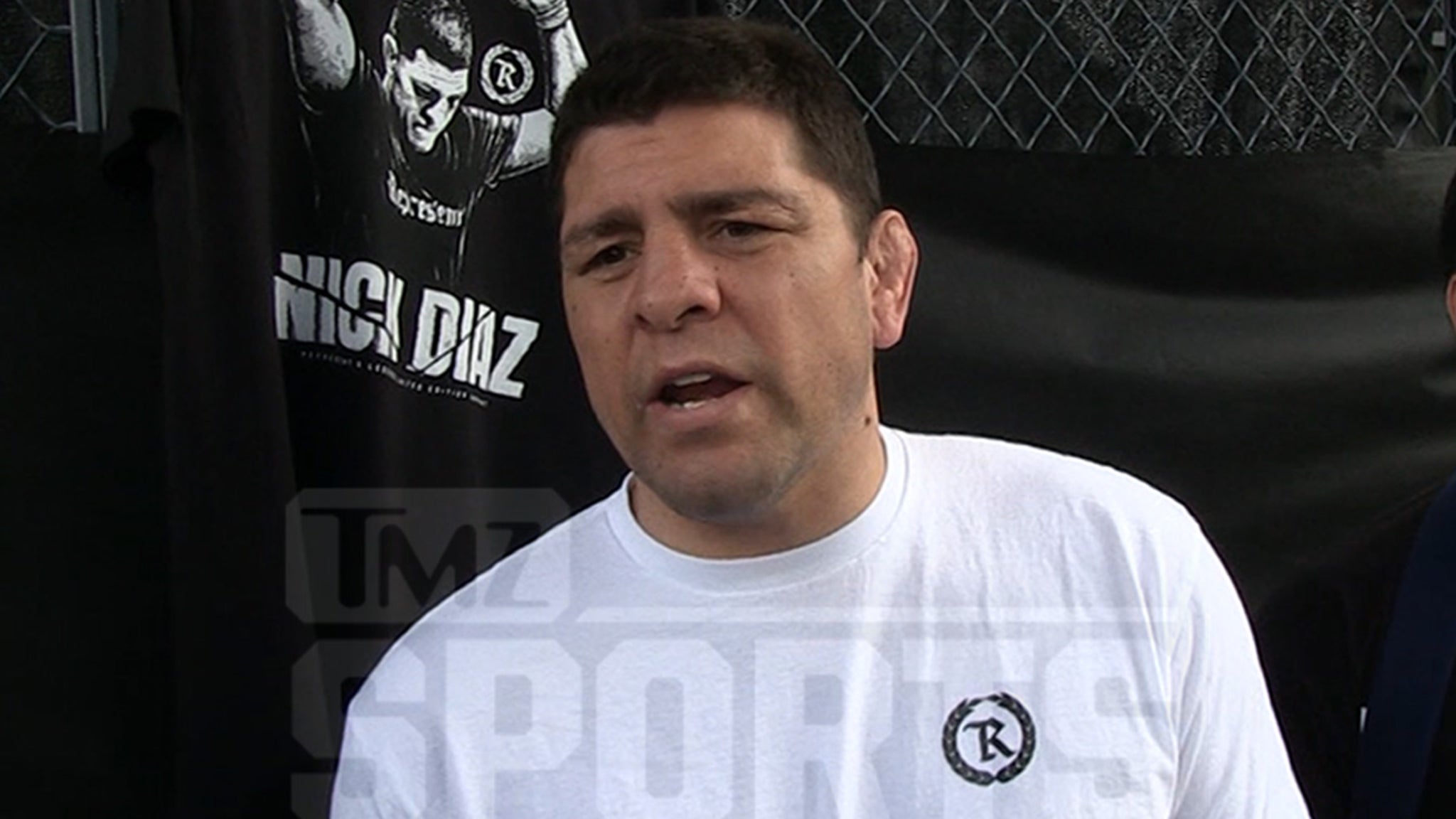 Nick Diaz ain’t done yet … the UFC legend tells TMZ Sports he’s gunning to return to the Octagon this year, and he’s looking to challenge the very best in the world, Kamaru Usman.

We recently talked to 38-year-old Nick at Represent HQ in SoCal … and asked the older Diaz bro — who has fought once since the beginning of 2015 — if, and when, he wanted to fight.

“We’re working on the end of the year,” Diaz says.

Nick told us he’s “focused on my training right now” … but made it clear he isn’t interested in fighting his way up the rankings against fighters looking to make a name for themselves.

“I don’t need to go in there and get my ass whooped by one of them young guys anyway, and it’s not that I won’t win,” Nick says, admitting, “It’s just I’m not motivated.”

It makes sense … Nick’s been in the sport for over two decades, and has shared the Octagon with everyone from Georges St. Pierre, Anderson Silva, BJ Penn, Diego Sanchez, and Robbie Lawler.

FYI, Ruthless’ was Nick’s last fight … a loss by TKO at UFC 266 in September 2021. Before and after the bout, Diaz talked about being unhappy with how the fight was scheduled. However, Nick made no excuses for the actual outcome.

As for who he does want to fight, Nick has someone in mind.

Of course, the titleholder is also the top pound-for-pound fighter in the MMA world … Kamaru Usman. The Nigerian Nightmare hasn’t lost since May 2013.

How would Nick fare against the world’s top pound-for-pound fighter?