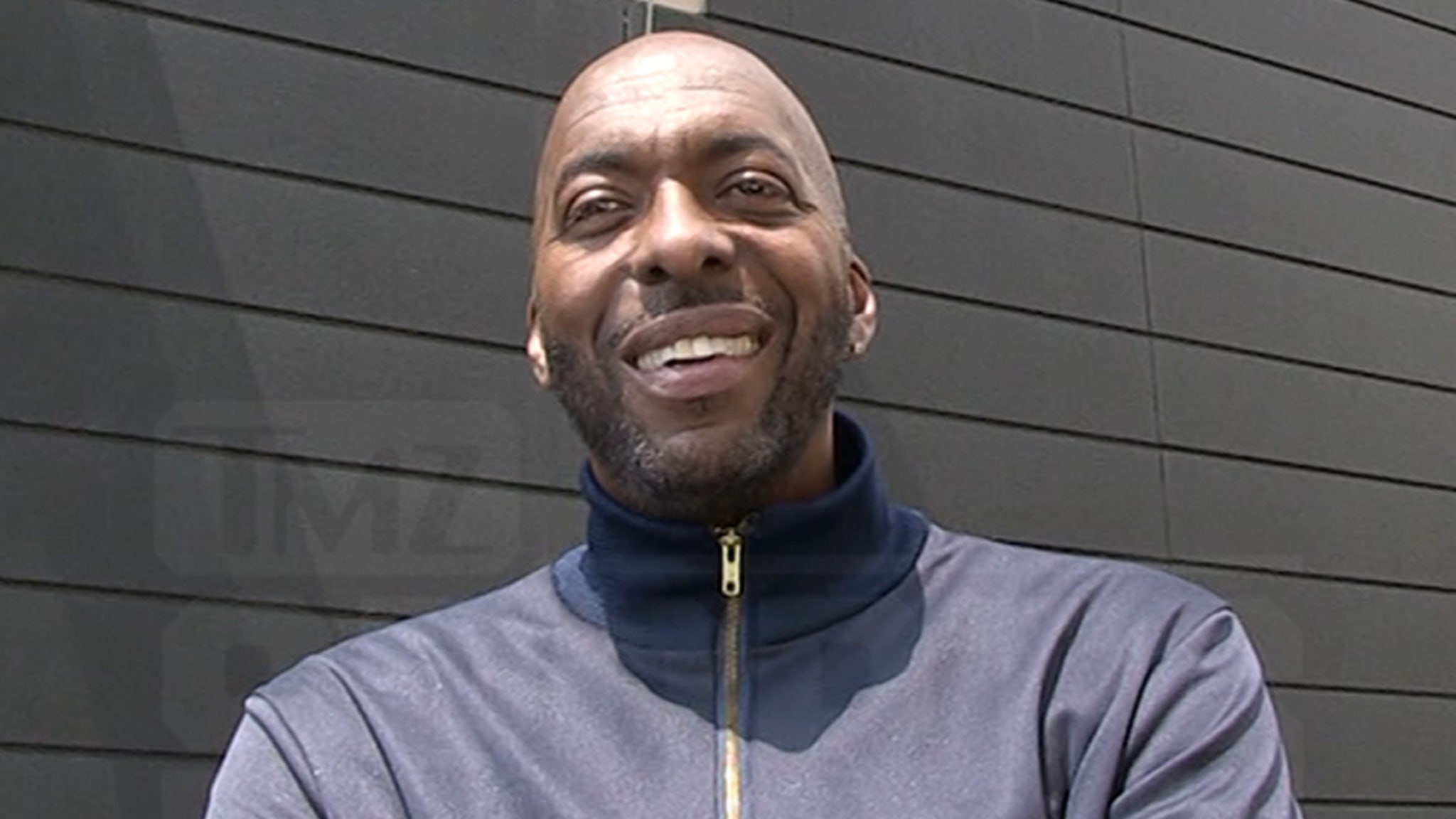 Kyrie Irving has been ripped to shreds over his COVID-19 vaccine stance, but John Salley is coming to his defense … telling TMZ Sports he tips his hat to the Nets star for standing up for what he believes in.

We spoke with Salley — who won 4 NBA titles — out in NYC this week … and the former Detroit Piston spoke glowingly about Irving, who faced immense backlash this year for refusing to get the jab.

“I think Kyrie Irving is the premier athlete — professional,” Salley said. “I think he’s conscious. I think he thinks it through. I think it’s very important that people pay attention too, he’s not into the lies, the glitz. He’s into taking care of his body.”

Salley said he knows Irving is into science and does his own research, but because his stance differs from the views of mainstream society … people hate Kyrie because of it.

“I’m the biggest Kyrie fan,” Salley added. “Everything he does, I take my hat off to him.”

Of course, Kyrie drew a lot of heat for his personal decision to remain unvaccinated despite being forced to miss games … drawing criticism from the likes of Howard Stern and Chris Rock.

But, Salley isn’t in the same camp — he says the Nets did the right thing by standing by Kyrie amid the vaccine drama this season.

“You have a guy who didn’t get the virus, and everybody who talked about smack about him got it really bad,” Salley said. “He had a very strong immune system.”

It’s unclear if the Nets — or Nike — will commit to a long-term relationship with Irving in the future … but either way, Salley thinks the 30-year-old is an exceptional talent.

“I watch how he plays. His dribbling, handling; he’s going to be a Hall of Famer.”