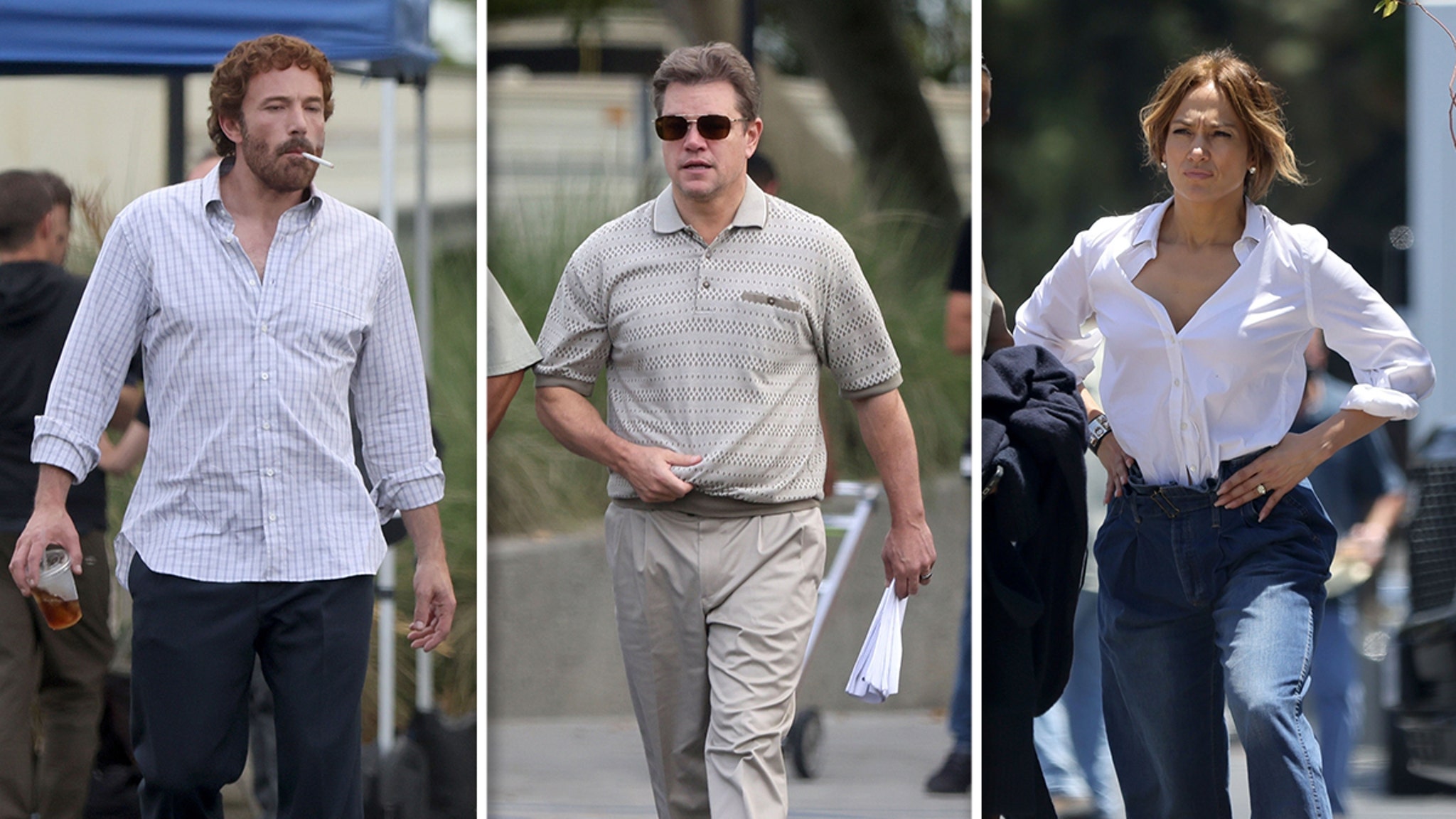 Ben Affleck and Matt Damon transformed into Phil Knight and Sonny Vaccaro for the first time on Monday … and the moment was apparently so big, Jennifer Lopez had to pop by to show her support.

The A-list actors officially kicked off the first day of filming for their new Vaccaro biopic this week in Burbank, Calif. … with both donning costumes to get into their roles.

Affleck — who’s playing Knight in the untitled movie — wore a wig and a button-down shirt, while Damon got into Vaccaro character by poppin’ on a polo and some khakis.

J Lo, meanwhile, was seen on set supporting her man and his best buddy … looking on during filming and hanging with Ben during breaks.

As for the movie itself … it’s got no official release date yet, but it promises to tell the story of Vaccaro, Knight and Nike’s pursuit to sign Michael Jordan to a shoe deal back in the 1980s.

If you’re unfamiliar, Vaccaro — a sneaker salesman — ultimately helped Nike land Jordan through a relentless chase of the hoops star … paving the way for the apparel company to become the giant in the shoe industry that it is today.

Affleck, in addition to starring as Knight in the movie, is also directing it … while Damon is writing and producing the flick as well as playing the role of Vaccaro.