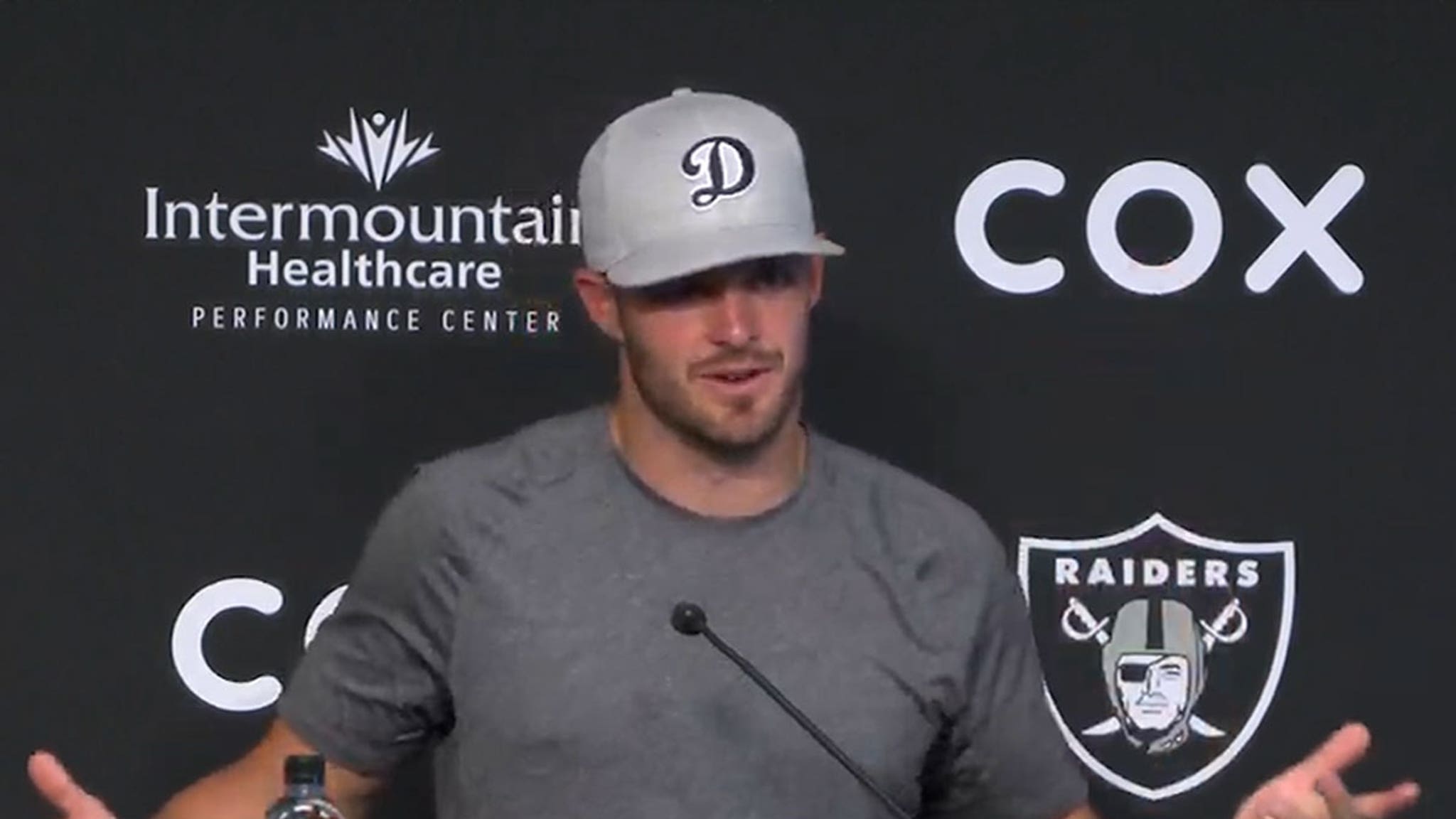 If the Raiders ultimately end up wanting to sign Colin Kaepernick, Derek Carr is making it clear he won’t have any issues with it, telling reporters Tuesday he “loves” the former 49ers star.

Speaking with media members for the first time since Kaepernick worked out for Las Vegas coaches last month, Carr said he’d welcome the 34-year-old into the Raiders’ quarterback room with no problems at all.

“I’ve enjoyed my time around him,” said Carr, who actually played against Kaepernick back in their college days and in the NFL. “I love him. Him and I would get along great.”

Carr said he’s pretty sure the rest of Vegas’ locker room feels the same way he does as well.

No word on if the Raiders are actually planning to sign Kaepernick following the tryout … head coach Josh McDaniels did not provide much insight about their feelings on the signal-caller in the days after working out the QB.

For now, the Raiders’ QB roster consists of Carr, Nick Mullens, Chase Garbers and Jarrett Stidham … but if the team suddenly wants to add Kaepernick to that mix, Carr is making it obvious he won’t stand in the way of it.

“I know him and I would get along great,” Carr said.