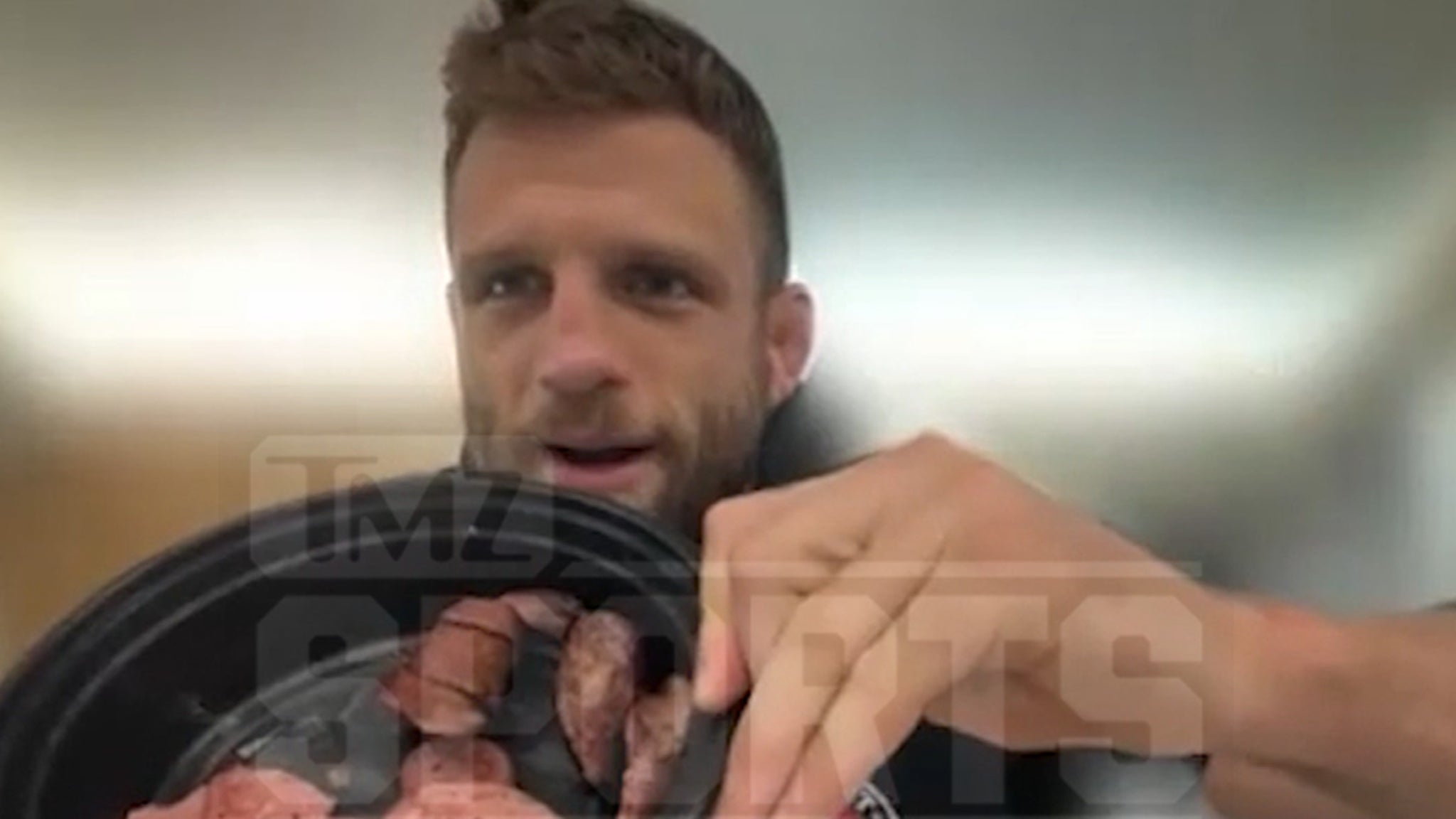 Calvin Kattar‘s looking forward to Saturday night — not just because he’s headlining a major UFC card — the MMA star’s planning to hit up a delicious BBQ restaurant right after his fight.

“Excited to be out here. Texas is awesome,” Kattar told TMZ Sports … “Looking forward to getting some barbeque after the fight.”

Kattar, the 34-year-old, #4 ranked UFC featherweight is one half of the Fight Night card Saturday night in Austin … where he’ll take on 37-year-old title contender Josh Emmett.

The featherweight weight limit is 145 pounds … very light for a muscular, 5’11” fighter like Calvin.

So, no brisket before the weigh-in and fight (easier said than done in a place like Texas) — but that doesn’t mean his friends aren’t indulging in the local fare — something you’d think Kattar would NOT want his boys to do in front of him while he’s cutting weight.

But, Calvin — who has wins over Giga Chikadze, Dan Ige, and Jeremy Stephens — isn’t just a savage in Octagon.

“I have them bring [BBQ] home, eat it in front of me, I like to smell it. I’m sick, man. I like to watch them enjoy themselves. You know, we’re only out here for so long, so if I can’t take it in, I want them to.”

As for where a win leaves him in the division, Kattar isn’t sure … but he knows a win continues the momentum in the right direction.

“It’s always one step closer with a win, that’s all I know.”

CK added … “That’s out of my control. Only thing that is in my control is the fight Saturday night and that’s where my focus will be.”

We also talked to Emmett (more fighting talk, less food). Josh is ranked 7 in the division … and believes an (impressive) win could set him up for a title shot against either Alex Volkanovski or Max Holloway.

Both men are super confident they’re winning this fight … only one can be right.