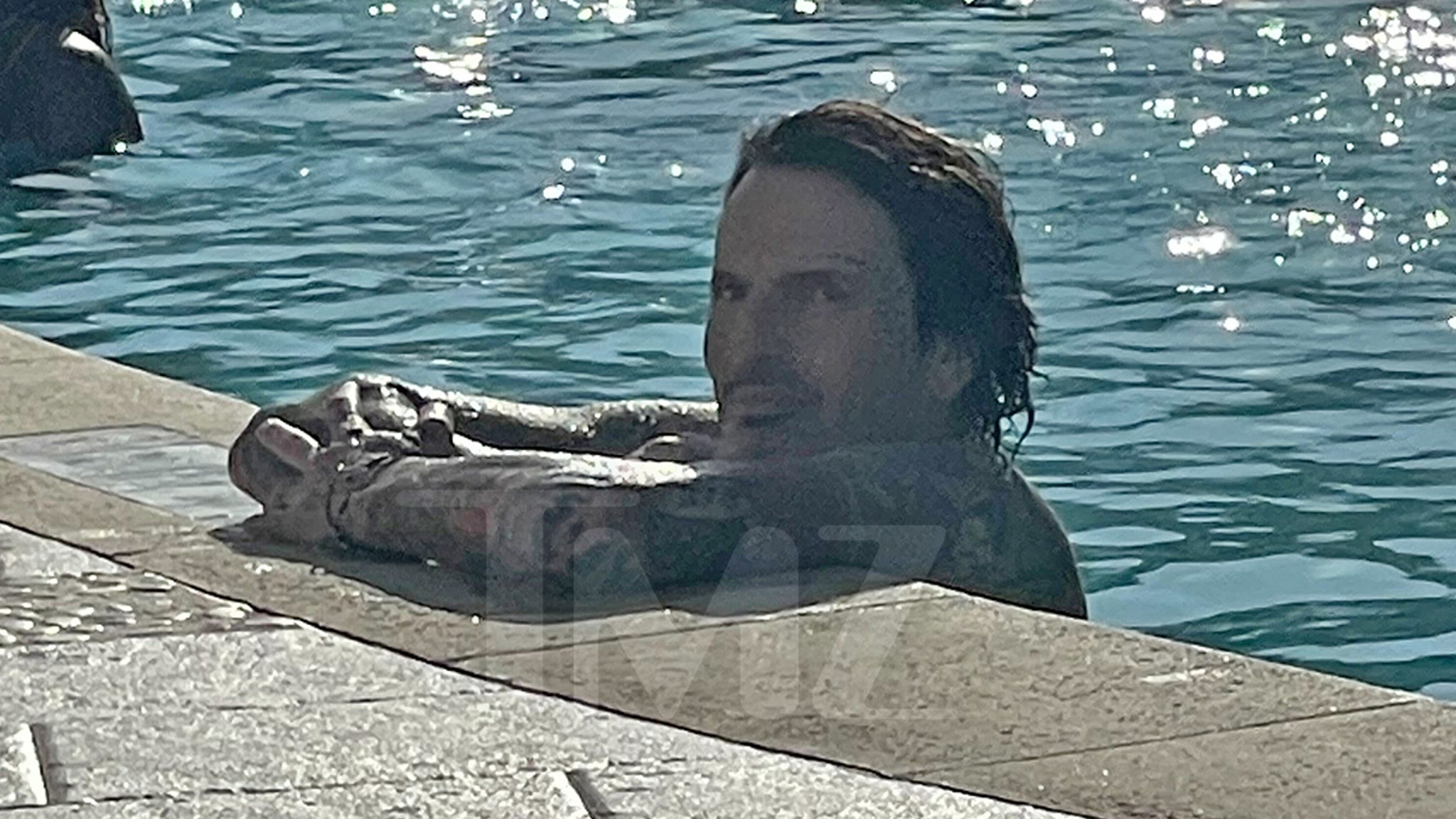 Tommy Lee isn’t letting his 4 broken ribs stop him from enjoying all aspects of being back on the road with his Mötley Crüe bandmates — he’s still getting in some pool time between shows.

TMZ got these pics of Tommy in R&R mode Friday at the Conrad Hotel in Fort Lauderdale … and Crüe fans are keyed in on how the drummer’s feeling after he announced his injury.

The good news is he doesn’t seem to be in excruciating pain while off stage.

As you can see, Tommy took a dip in the hotel pool, and we’re told he had a beverage while hanging out with his wife and another couple — we’re pretty sure it was Nikki Sixx and his wife. Yeah, we recognized his tattoos in the lower left corner. #superfans

Breaking News: Motley Crue’s Tommy Lee takes the stage at The Stadium Tour but mid-set goes to the mic and says after 2 and a half years of waiting for this show he broke a few ribs recently and the doctors told him not to play. He promised to perform anyway #TheStadiumTour pic.twitter.com/VjKj9bVQMs

Tommy took a moment during Thursday night’s tour stop in Atlanta to announce he’s soldiering on through the pain of 4 broken ribs … explaining how he’s ignoring doctors’ orders by playing the drums.

He says he’s too stubborn to sit on the sidelines … especially considering the stadium tour’s been delayed a couple years by the pandemic.

Gotta hand it to Tommy … dude is one tough cookie.