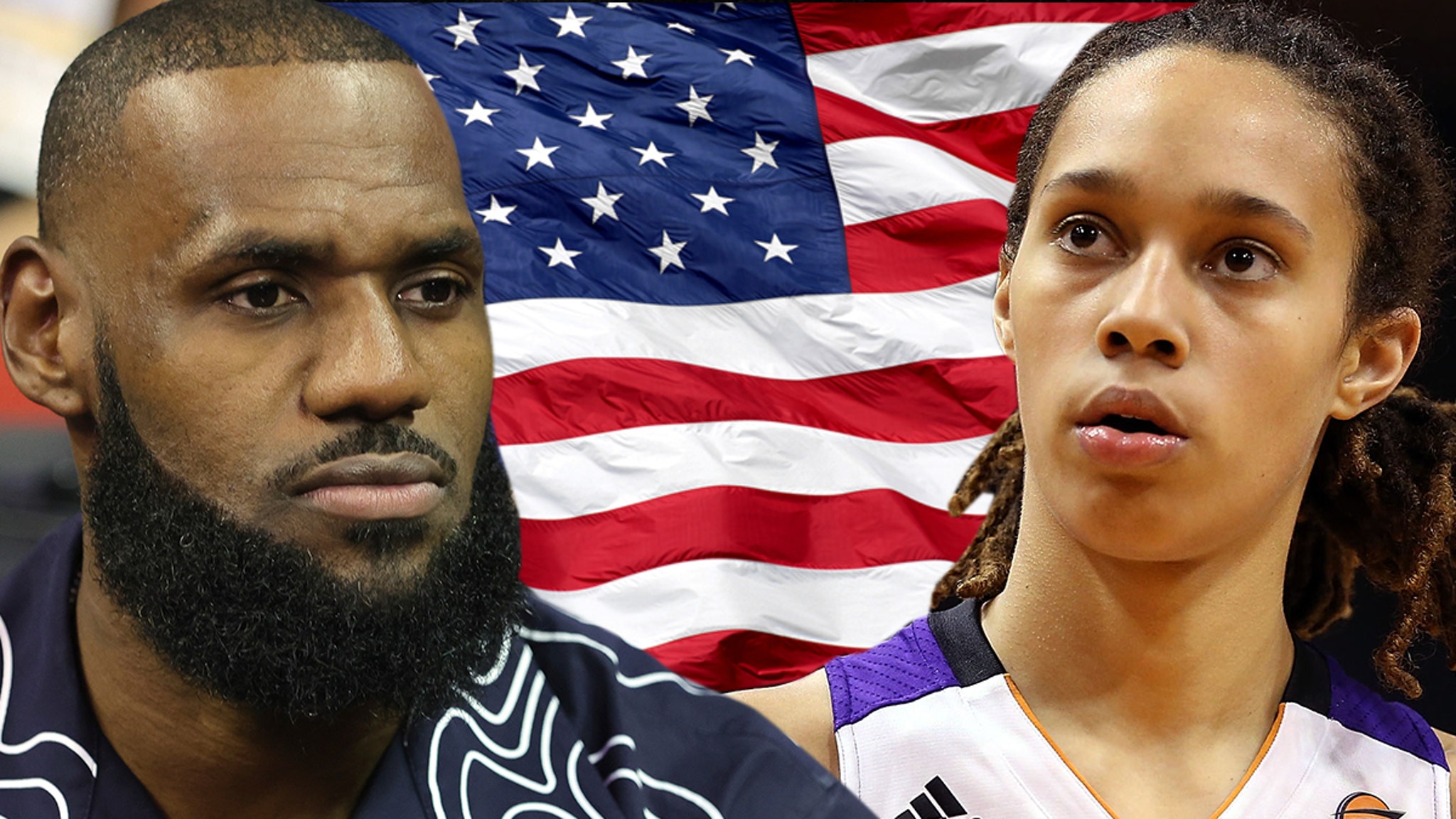 LeBron James says Brittney Griner‘s been in captivity for way too long without the U.S. bringing her home, so if he were the WNBA star, he’d question returning to America.

Bron made the comments during a recent taping of “The Shop” … when the conversation apparently turned to the incarcerated American hoops star.

“Now, how can she feel like America has her back? I would be feeling like, ‘Do I even want to go back to America?'”

Of course, Griner was arrested in a Russian airport near Moscow in mid-February … after Russian authorities said they found vape cartridges with cannabis oil in her bag.

Initially, the American public wasn’t made aware Griner was arrested … which was strategic on the part of America. With the Russia-Ukraine war waging, the U.S. knew Griner could be used by Russia to gain leverage against the West.

But, that strategy only worked for a couple of weeks. Eventually, the news got out, and it’s been one of the biggest stories since.

Griner’s case has consistently been covered in America, and across the world.

(Note: in fairness to LBJ’s point, “The Shop” episode seems to have been filmed before Cherelle spoke to the president.)

Biden also wrote a letter to Brittney … which she recently received.

White House press secretary Karine Jean-Pierre has regularly fielded questions from reporters at the WH about all topics Griner-related.

The United States Secretary of State, Antony Blinken, has also been in communication with the Griner family. U.S. Congressman Colin Allred, a former athlete at Baylor (like Brittney), has also spent countless hours working to free Griner.

Politicians aside, everyone from fellow athletes to regular people have been touched by the Griner case … and have prayed for her safe return.

In fact, supporters of other prisoners locked up abroad, particularly in Russia, have been peeved by how hard the U.S. government has seemingly tried to get BG back, while other families believe the same level of effort isn’t being paid to the cases of their loved ones.

As for her release … unfortunately, nothing looks imminent.

After months of sitting in a Russian cell, Griner recently appeared before a judge and indicated her desire to plead guilty to the drug charge.

Griner has not yet been sentenced. She could face 10 years in prison.