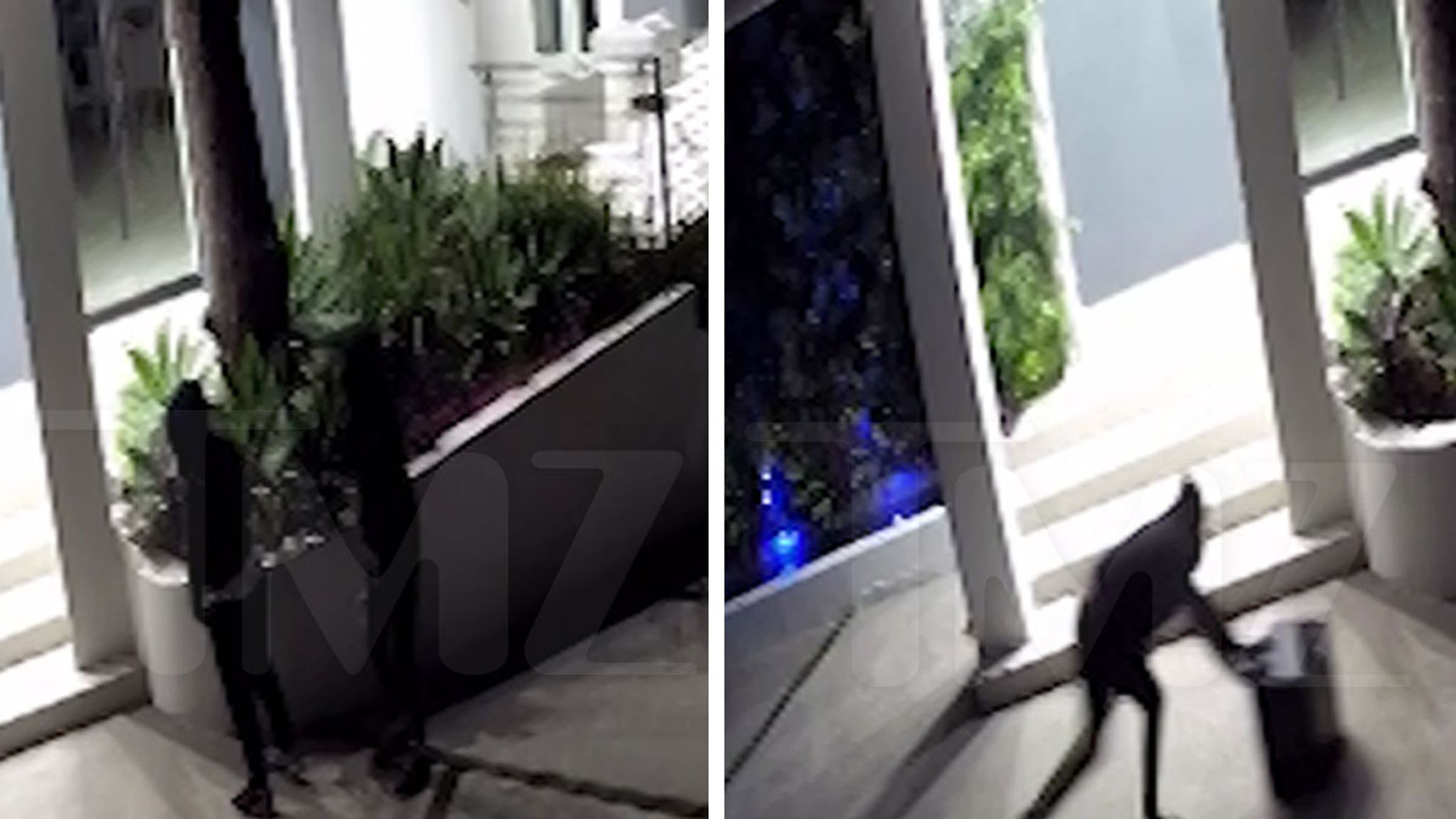 The burglars who made off with $1 million worth of jewelry at Poo Bear‘s pad had a hiccup during the heist … because the hitmaker’s safe was too damn heavy to simply carry away.

TMZ has obtained this surveillance video from Poo Bear’s security cam at his massive Hollywood Hills crib … and you see 3 burglars casing the joint before finding a way inside and running off with his valuables.

We broke the story … the heist was discovered last week, and the bad guys stole an entire safe filled with a treasure trove of bling. We’re told one of PB’s staffers discovered a smashed window, and when they went inside, the lockbox was nowhere to be found.

In the surveillance footage, you see one burglar struggling to make it up the driveway with the safe. They get to to the base of the driveway, rest the safe on a ledge, seemingly ask an accomplice for help and then strain as they carry it off and disappear into the dark.

Another burglar has a different plan … pushing a large black box down the driveway. The third burglar takes the easy way out, running off with what appears to be a duffel bag — no heavy lifting required.

It was a birthday bummer for Poo Bear … the guy who produced tons of hits for Justin Bieber, Usher and Chris Brown was celebrating his 41st birthday in Tokyo when the burglary went down.

Maybe one day Poo Bear can laugh about the burglar struggling to carry his safe.