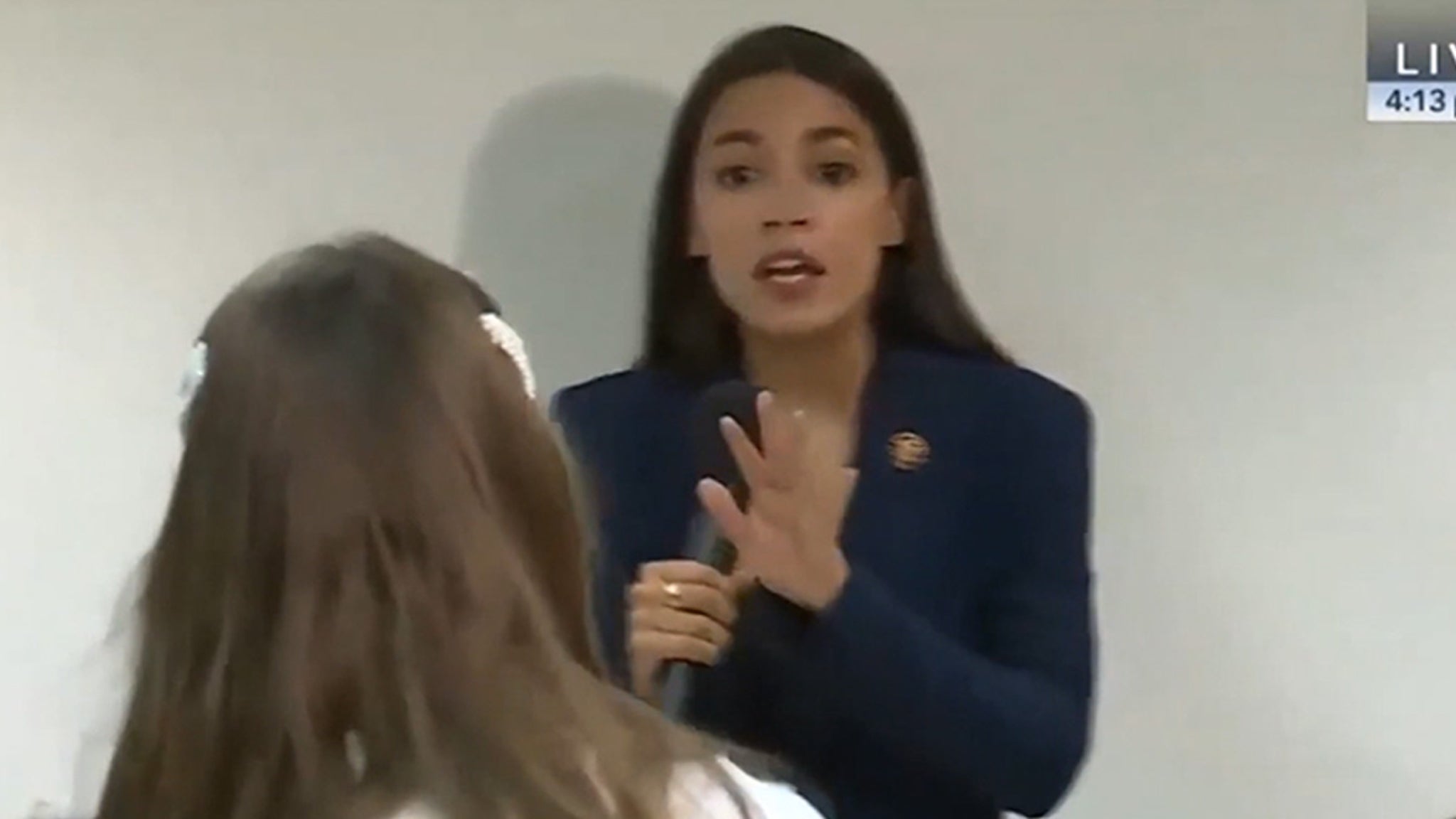 AOC was taken aback when a Trump supporter showed up at her town hall meeting, trolling the congresswoman by suggesting the solution to climate change was eating babies.

The woman, who wore a shirt emblazoned with the words, “Save the Planet, Eat the Children,” seemed mentally disturbed at first, but as she ranted her message it became apparent she was a climate change denier.

The meeting in Queens, covered by C-SPAN, came to a grinding halt as the woman groused, “Even if we were to bomb Russia, we still have too many people, too much pollution. So we have to get rid of the babies. That’s a big problem. Just stopping having babies is not enough. We need to eat the babies.”

The woman was escorted out, AOC kept her cool … and the town hall meeting continued.

AOC later tweeted, “Turns out the woman yelling was a Trump supporter,” and then added, “Doesn’t rule out potential mental issue.”