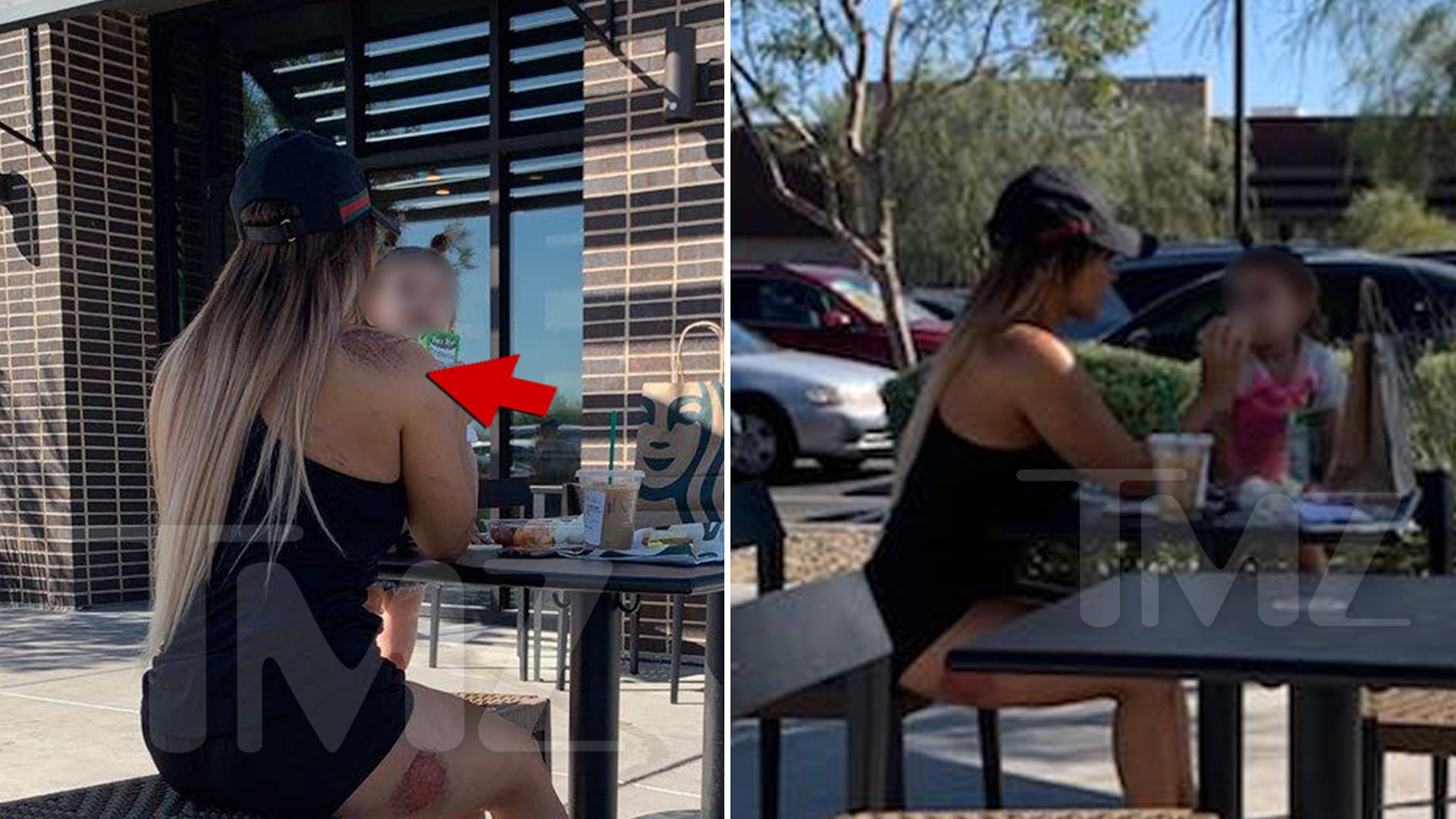 Ronnie Ortiz-Magro‘s baby mama, Jen Harley, says she’s been left with gnarly bruises and scrapes from the latest fight with Ronnie — but he denies inflicting the injuries.

TMZ obtained these shots of Jen with her and Ronnie’s daughter, Ariana. We’re told they were taken Monday … 3 days after the blowout with the “Jersey Shore” star that ended with his arrest.

She appears to have suffered a massive scrape/bruise on the back of her right thigh, as well as another scrape/bruise on her right shoulder. Sources close to Jen tell us she’s claiming Ronnie dragged her across the driveway at their Airbnb.

We’re told the alleged dragging happened AFTER Jen was seen on a neighbor’s surveillance video … seemingly looking for someplace to hide with Ariana.

However, a source connected to Ronnie tells us he’s claiming Jen injured her shoulder falling back off a fence as he took Ariana away from her.

We’re told he also claims Jen was clinging to him as he tried to get back to the house with the baby, and that’s when she suffered the leg injury.

Our Ronnie sources say Jen had been drinking heavily during an event earlier in the day, and that’s why he was concerned about Ariana’s safety.

As we reported, an emergency protective order has been issued by the LAPD, which means Ronnie can’t go within 100 yards of her until Oct. 11.

We’re told Jen plans to go to court to get a restraining order that would keep him away from her and Ariana beyond Oct. 11.

As for these injuries, we’re told cops took photos of Jen when they responded — but we don’t know what they show.