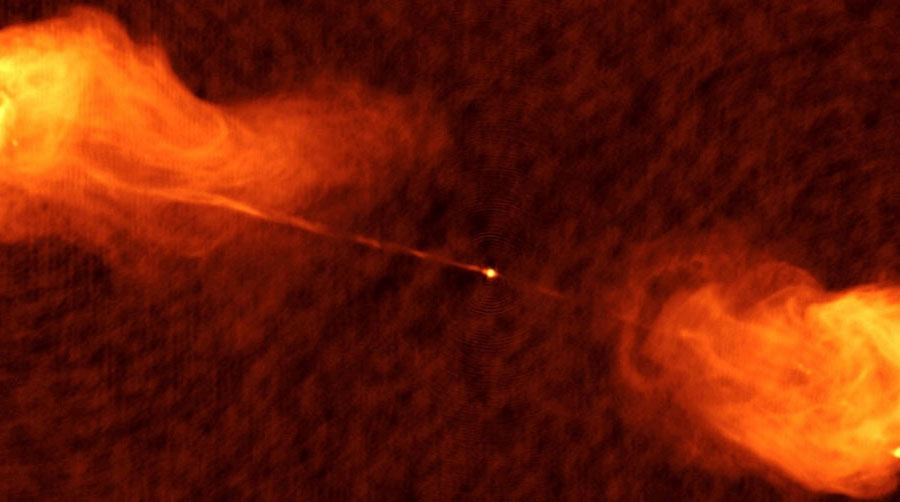 Ancient Universe is a truly mysterious place and we’re only starting to grasp what could have been going on in there at the dawn of times. One theory suggests that it was chock-full of supermassive black holes that spewed energy all around after devouring surrounding gas, star, and matter. Remnants of those distant times can still be observed if the astronomers are lucky enough to intercept one of those ‘radio-loud’ supermassive black holes shining brightly in the darkness of the Universe. It is most likely to happen when the SMBH is pointed right at us. And guess what? One such black hole, called blazar due to its orientation towards Earth, was recently found by astronomers!

We have found blazars before, like the one in the Cygnus A galaxy that is really not that far from Milky Way, but now astronomers have spotted a much more ancient supermassive black hole that is 1 billion times bigger than the Sun. It is one of the oldest primeval SMBHs ever found by scientists, dating back to the very beginning of the Universe after the Big Bang, which supposedly happened around 13.8 billion years ago.