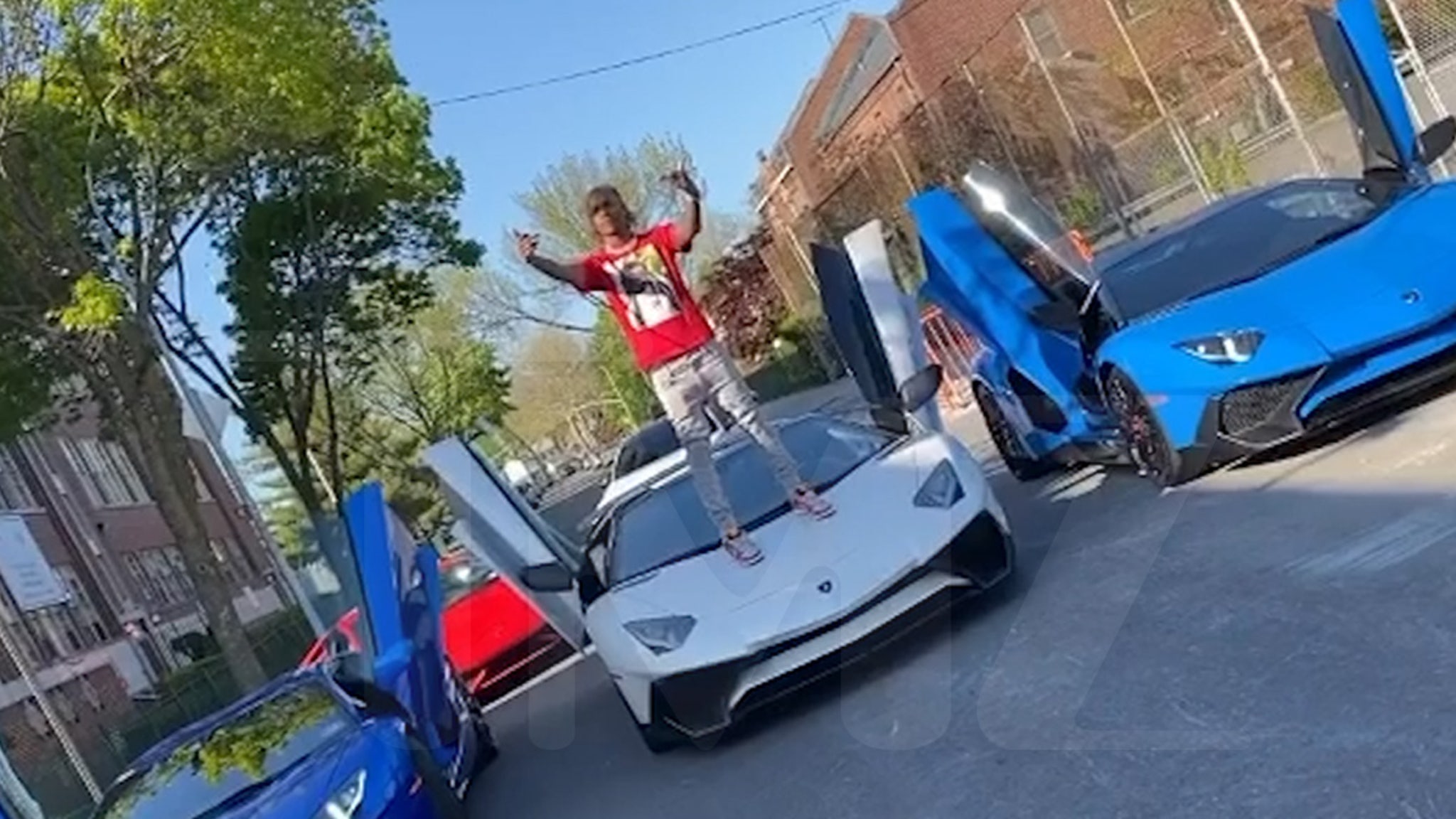 Rich the Kid did some damage in the hood this week …
The rapper was shooting a music video on Long Island and wanted to film with 4 Lamborghini’s in the background. A woman named Irina Pichkhadze brought 2 Lambos she owned to the shoot. Rich rented a third Lambo and a buddy of Irina brought the fourth. Each car goes for more than $600k.
Then Rich had an idea … line up the 4 Lambos and take a pic in front of them while they waited for the videographer.
The shoot did NOT go well … in fact, it didn’t go at all. The videographer was a no show.
And then … he jumped on the hood of one of Irina’s whips, and she just lost it, hurling profanities at the rapper as he clowned on top the car.

Irina tells us when Rich jumped off, he just said, “whatever,” and left in his Lambo.
She told us she brought her car home, put it in the garage and hasn’t looked closely at the hood. She said, “I’m scared to see if it’s dented.”
This article was originally published by Tmz.com. Read the original article here.