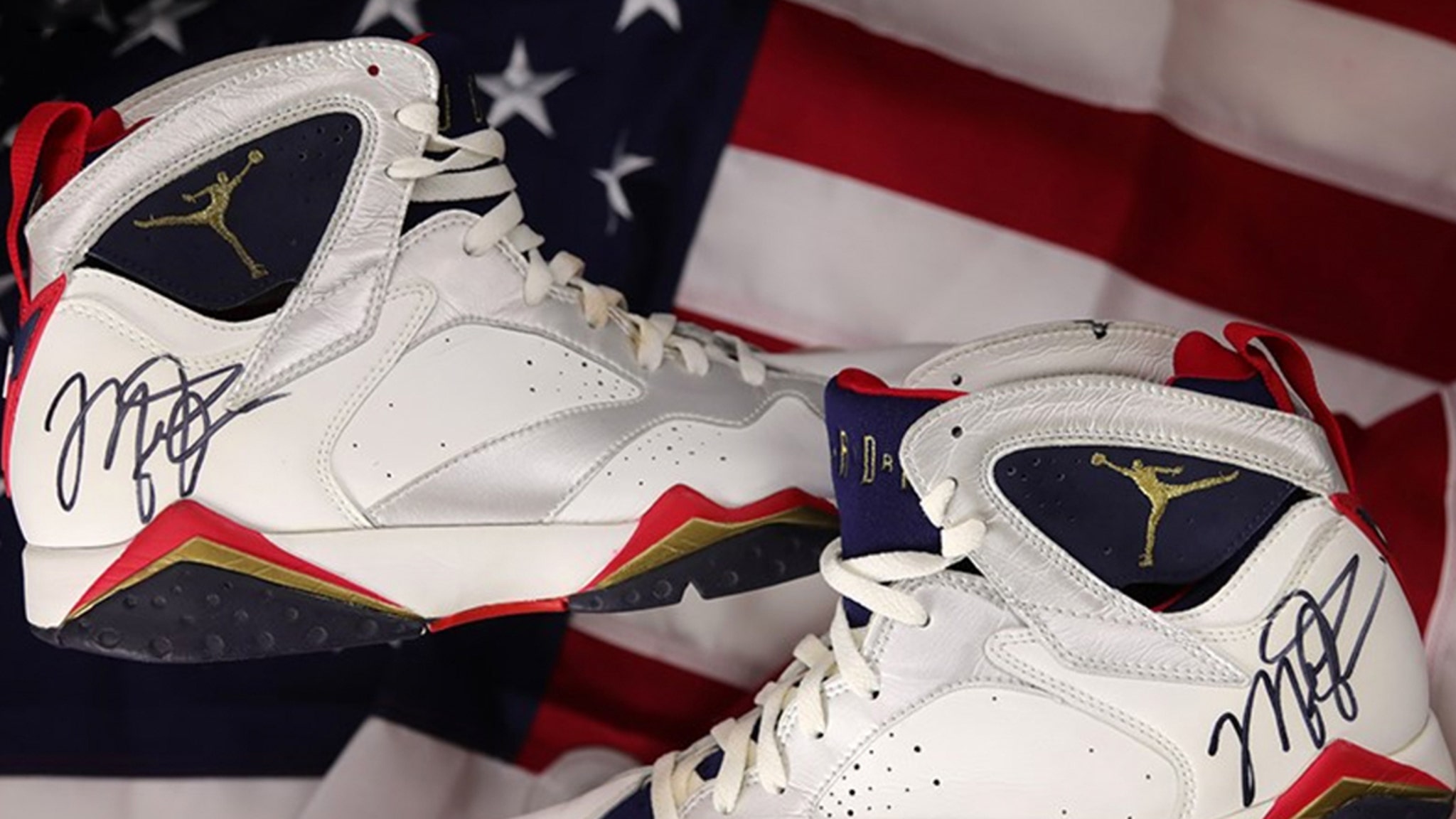 Michael Jordan‘s autographed Jordan VII Dream Team kicks — rocked by His Airness during the Olympic qualifiers in 1992 — just hit the auction block!!
Historically, Jordan’s are the most sought after shoe … now, imagine signed Jordans worn by, well, Michael Jordan … while part of the most dominant and historic basketball team of all-time.
The 7’s are on the auction block at Lelands Auction … and there’s already a $16k bid — with over a month remaining in the auction.
In other words, these are gonna go for a FORTUNE!!
Jordan wore the shoes during the gold medal game of the Tournament of the Americas … a qualifying tourney for the ’92 Summer Games in Barcelona.
10 teams from North, Central, and South America competed. Team USA — with MJ, Magic Johnson, Larry Bird, Charles Barkley and a bunch of other Hoops Hall of Famers — were the #1 seed.
On July 5, 1992 … MJ — wearing this pair of J’s — along with his Team USA … obliterated Venezuela in the tourney finals, winning 127-80.
The win sent the United States to the Olympics … where they continued to DOMINATE the world on the hardwood.
Lelands says MJ gifted the white size 13 J’s to a Dream Team staffer the night of the game … and the employee held onto them for years.
Jordan memorabilia has EXPLODED in value (not that it was ever cheap) since “The Last Dance” docuseries … with everything from MJ’s baseball cleats to canceled checks to Donald Trump‘s casino going for big bucks.
Happy bidding!
This article was originally published by Tmz.com. Read the original article here.