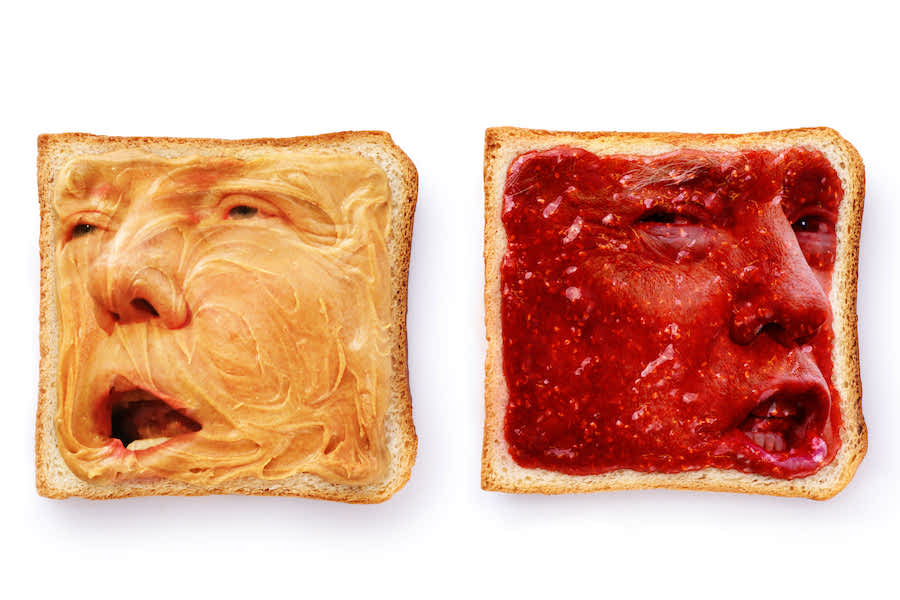 Trump was always a controversial person, even before he decided to become the President of the United States. He has no filter, whatever he thinks immediately flies out of his mouth, and he’s no stranger to just waffling. And by that we mean the definition of waffling as speaking at length in a vague or trivial manner. His speeches are as weird as they are pointless, and we have a feeling that’s exactly why Playboy decided to create these witty and creative collages for Waffle day. They called it an artistic parody and added a bit of Trump into every dish of the breakfast buffet. The question of whether America wants seconds is also very poignant, considering their presidential elections are coming up in November. So without further ado – enjoy this mix of art, wit, political commentary and America’s favourite breakfasts.

A fit name for a breakfast and perhaps a title for Trump’s next book?

Do we even need to comment on this? It seems pretty clear.

Truer words have never been spoken. Is that what he eats every morning?