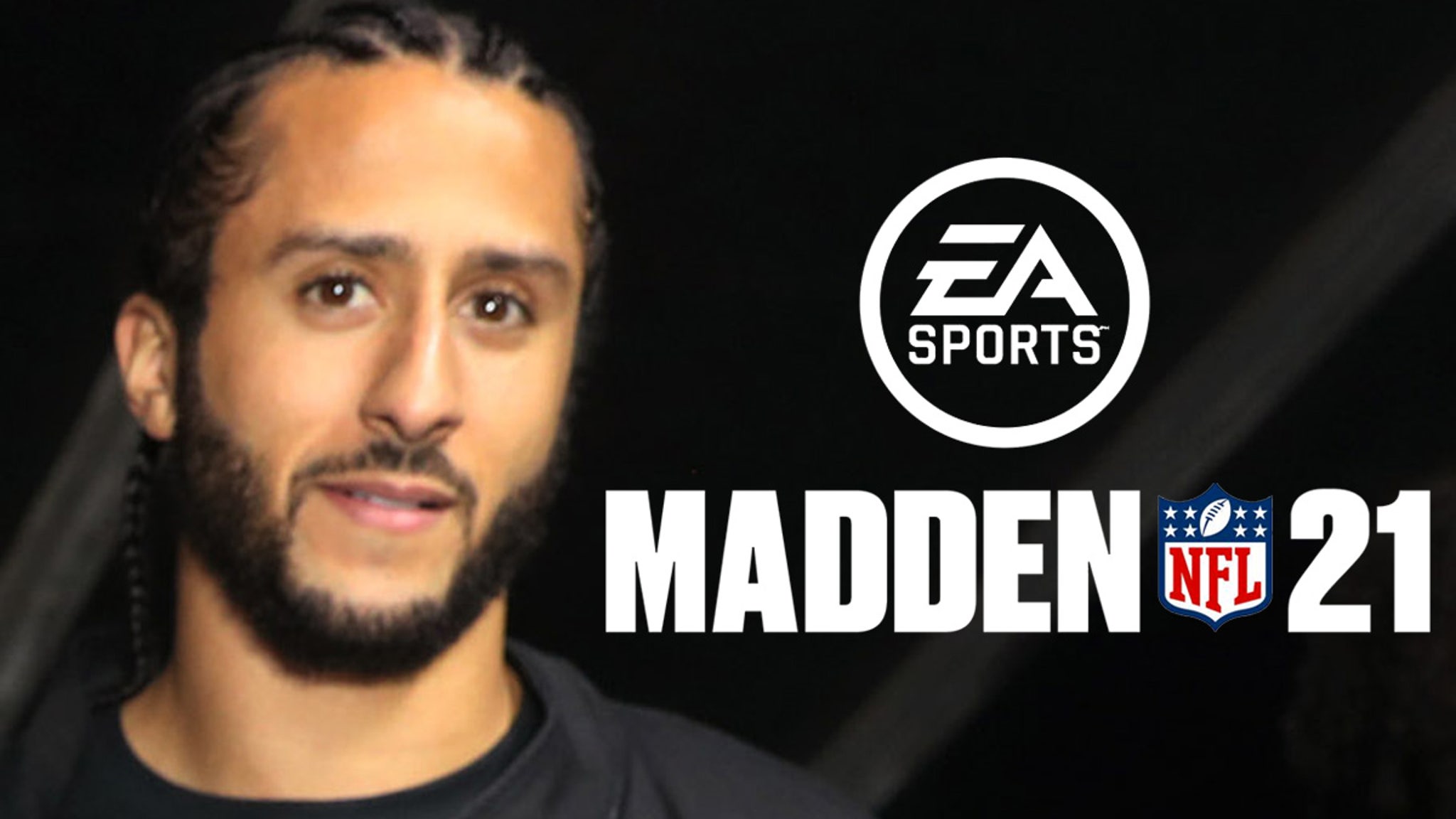 Exclusive Details
Colin Kaepernick is back in the NFL — in the Madden ’21 video game … where he’s now a playable QB with a higher rating than Cam Newton and Baker Mayfield.
“Colin Kaepernick is one of the top free agents in football and a starting caliber quarterback,” EA Sports said in a statement.

“Our team at EA Sports along with millions of Madden NFL fans wanted to see him back in the game.”
EA Sports says fans can use Colin as a QB in Franchise Mode — and play with him starting Tuesday, Sept. 8.
We look forward to seeing Colin on Madden NFL teams.
We’re told Colin’s overall raying is an 81 — a number EA says is based on Kap’s “prior on the field performance, combined with our data-driven EA Sports rating simulations.”
The company says the rating takes into account “he has not taken the field since 2016.”
There’s more … Keep also has a signature TD celebration — a raised fist, which players can activate after a score.
EA also notes that Colin is the top rated free agent QB in their game.
And with his 81 rating, Keep ranks higher than Derek Carr,  Ryan Tannehill, Josh Allen and even Kyler Murray.
EA Sports also acknowledges a past issue with Kaepernick involving a song on the Madden ’19 soundtrack in which Kap’s name was edited out. The QB’s people worked with EA Sports — and now both sides say it’s been resolved and it’s all water under the bridge
Story developing …
This article was originally published by Tmz.com. Read the original article here.