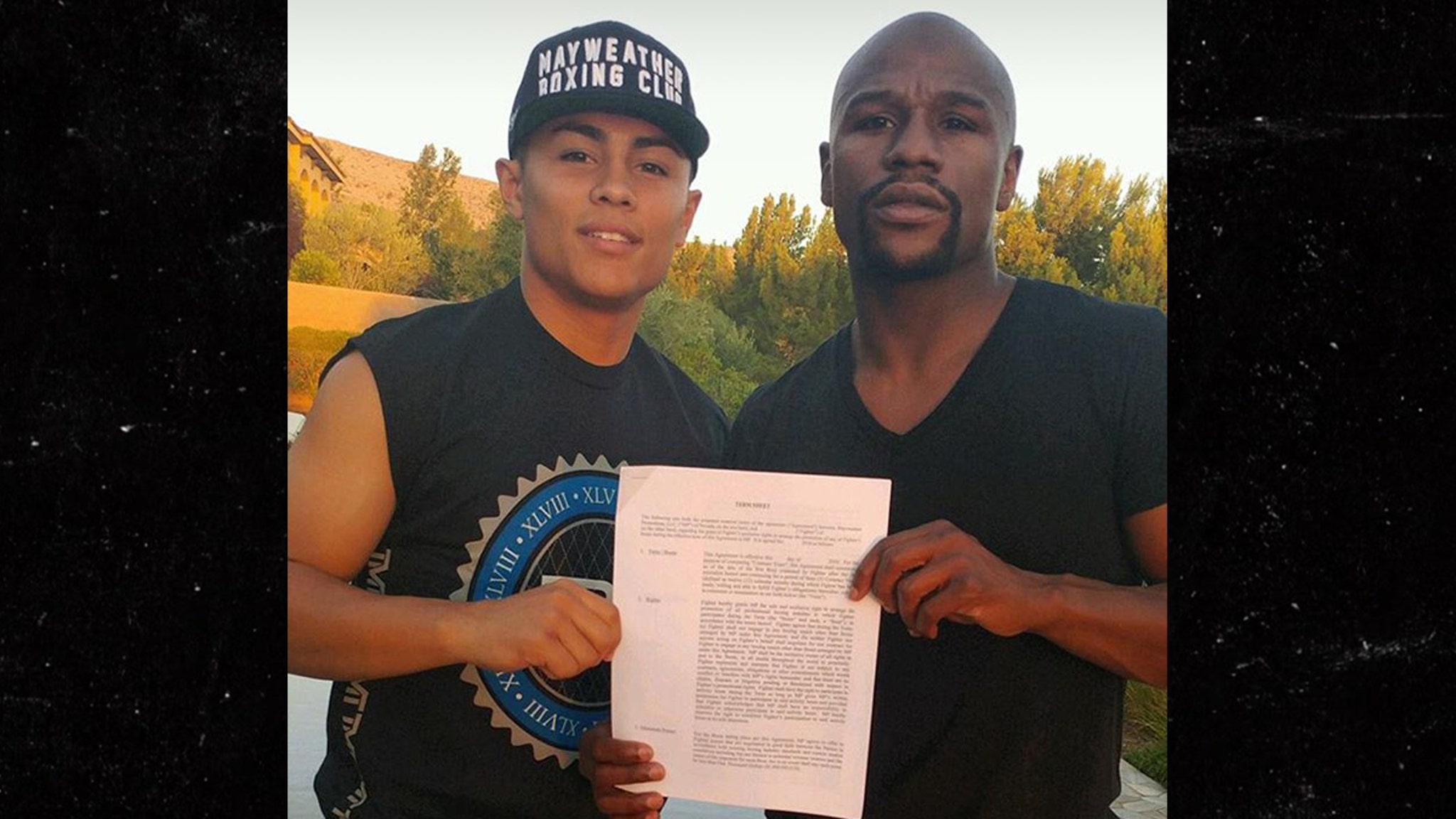 Two men suspected of murdering Floyd Mayweather boxing prodigy Danny Gonzalez have been arrested, TMZ Sports has confirmed … and cops say they’re still on the hunt for a 3rd suspect.
Both 27-year-old Andre Richee and 32-year-old Lee Mooring were arrested Thursday for 1st-degree murder stemming from the Sept. 7 incident.

The Riverside County Sheriff’s Office also says it’s issued an arrest warrant for 28-year-old Joseph Goldsmith over his alleged involvement in the shooting as well.
As we previously reported … 22-year-old Gonzalez — who signed with Mayweather’s The Money Team in 2016 — was shot on Labor Day in Moreno Valley, Calif., just before 9 p.m.
Cops say when they responded to the scene … Gonzalez succumbed to his bullet wound injuries. They say two other men were also injured by gunfire in the incident.
What’s still unclear … why Gonzalez was killed? Officials have not revealed a possible motive.
Investigators says they not only spoke with multiple witnesses but also have evidence and surveillance footage pointing to Richee and Mooring as the killers.
If convicted of 1st degree murder, both could face the death penalty.
The RCSO is now asking for help in finding Goldsmith.
Floyd was convinced Gonzalez was going to be a star after he signed with TMT Promotions when he was only 18 years old … with Mayweather saying, “There are certain times when you know you’ve just struck gold and this is one of them.”
Danny took 3 pro fights after signing with Floyd … but eventually left the sport in 2017.
Social media posts from Gonzalez suggested a comeback to boxing could have been in the works before his tragic death.
This article was originally published by Tmz.com. Read the original article here.