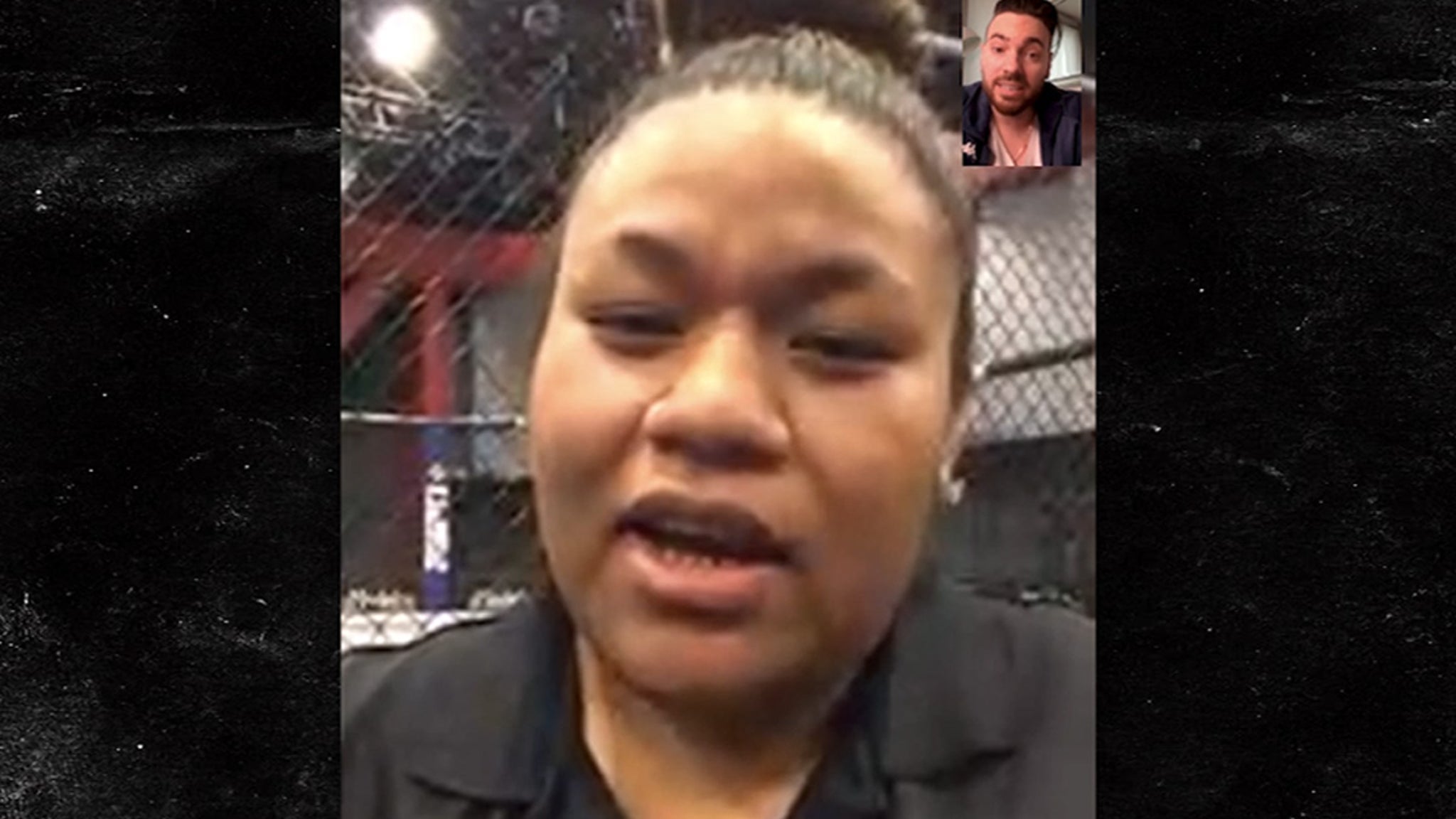 The woman who starched a suspected shoplifter at Best Buy — only to be hired by the UFC — says she has another major career goal … she wants to be an MMA referee!!!
Yep, Summer Tapasa — who started her new gig as a UFC executive security officer earlier this month — says Dana White has been totally supportive in helping her find a longterm career.
And, after some serious thought, Tapasa says she believes she would make an excellent ref!
Of course, we all know she can handle herself in tough situations as evidenced by the Best Buy security video!
Best Buy ultimately let her go over the incident — but Dana White raved about her … saying Tapasa is a model employee who’s willing to go above and beyond for her employer.
Which is why he offered her the security gig.
But, that’s just a starting point for Summer … who said she hopes she can eventually transition into a bigger job.

“I chose security because I was more comfortable with it. Now that I’m in the UFC, now that I’m in the security position, I was actually thinking about becoming a referee,” Summer says.
We’re told Summer’s bosses at the UFC are supportive of her career goal and will help her get the right training to eventually achieve her dream.

And, since we know she can handle herself, we asked if there was any chance she would ever take a fight herself.
“That thought has not came into my head, no. I don’t even see myself in the Octagon fighting someone else. Probably just refereeing, but fighting somebody else, no, I don’t think so.”
This article was originally published by Tmz.com. Read the original article here.