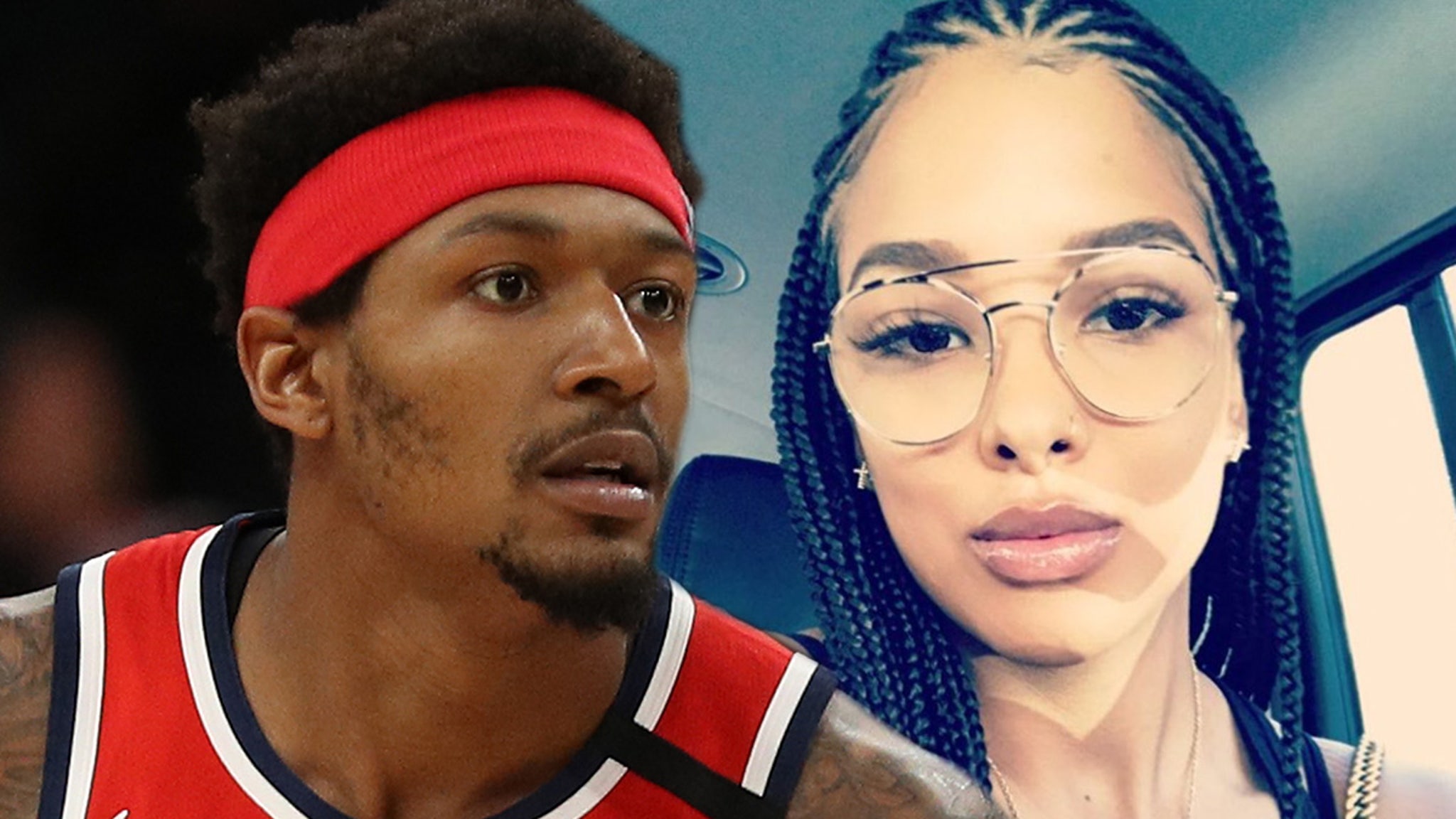 Breaking News
Bradley Beal‘s wife is standing up for her hubby — saying it’s COMPLETE BS he didn’t make a 2019-20 All-NBA Team … and she ain’t holdin’ back!!
“BRADLEY BEAL IS A F-ING ALL STAR AND ALL NBA!!!!!!!!!! Put some respect on his name,” Kamiah Adams-Beal tweeted.
Here’s the crux of her argument … Beal finished the season as the NBA’s 2nd leading scorer, averaging 30.5 points per game.
The only player with a higher scoring average this season was James Harden.
In fact, Beal is the only player in modern NBA history to average more than 30 PPG and NOT make an All-NBA team!!
The counter-argument is that Beal’s Washington Wizards were pretty bad this year, finishing with a 25-47 record and missing the playoffs.
But, Kamiah says the team record shouldn’t matter when it comes to All-NBA honors … because “It’s an individual accolade. Therefore, the team wins, shouldn’t play a role.”
She continued, “[Beal] has been undervalued and quite frankly DISRESPECTED far too long… them numbers don’t lie.”
“And I don’t wanna hear sh*t about ‘tHe wIzARdS aReNt wInNiNg tHo’ all nba is an INDIVIDUAL accolade. So miss me with the bullsh*t.”
Kamiah continued, “The REAL know what it is!! Amazing season baby!! Keep grinding! Keep giving it your all! Your hard work doesn’t go unnoticed!! I love you.”
For his part, Beal responded to his wife on social media — saying, “I love [Kamiah Adams]!! Ride or die.”
So, who picks the All-NBA team? Certain sportswriters and broadcasters in the U.S. and Canada vote every year — it’s not players and coaches.
The All-NBA teams were announced Wednesday — the 1st team included LeBron James, James Harden, Anthony Davis, Luke Doncic and Giannis Antetokounmpo.
2nd team features Chris Paul, Damian Lillard, Kawhi Leonard, Pascal Siakam and Nikola Jokic.
3rd team — Ben Simmons, Russell Westbrook, Jayson Tatum, Jimmy Butler and Rudy Gobert.
This article was originally published by Tmz.com. Read the original article here.

What is the future of devolution in the proposed BBI report? | Inside Politics with Jesse Rogers
Little Cathy Brenner in ‘The Birds’ ‘Memba Her?!
History & Politics Chat: October 27, 2020
Arnold Schwarzenegger Recovering Well After Another Heart Surgery
‘Bachelorette’ Contestant Dale Moss Models Halloween Costumes