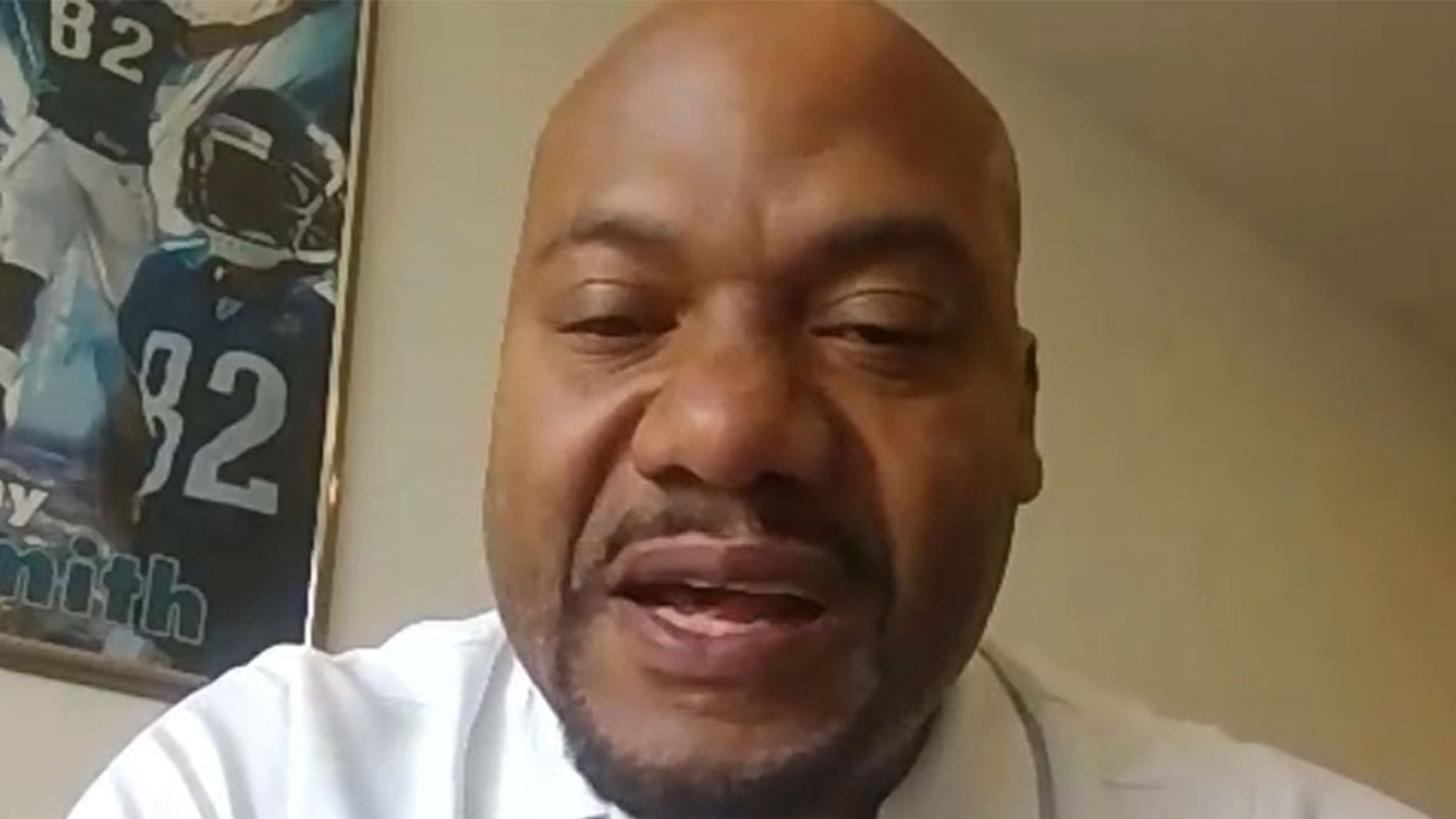 “I would almost give my left arm to be a part of this staff.”
Jacksonville Jaguars legend Jimmy Smith REALLLLLY wants to work with Deion Sanders at Jackson St. … telling TMZ Sports he’s all in on his alma mater’s latest football head coaching hire.
“Please, please let me be a part of this historic event that’s going on right now,” the former All-Pro wide receiver said of his message for Deion. “I want to be a part of it and I’m sure I’m not the only one.”
Prime was just officially hired by JSU this week … and Jimmy tells us Deion’s passionate speech at the announcement rally Monday fired him up.

So much so … Jimmy — who played at JSU before being drafted in 1992 — says he’s gunning to get a face-to-face meeting with Sanders ASAP.
“In the past, I didn’t have any interest [in coaching] but after today and seeing that press conference introducing Deion Sanders as the head coach, I would almost give my left arm to be a part of this staff,” Smith said.
“I’m thinking about getting in the car and driving over to Jackson today just to hunt for Deion Sanders and take him by the coattails and say, ‘Look, I’m going to be here. This is my alma mater.'”
Smith also clapped back at critics of the hire … saying Deion is more than capable of leading JSU to plenty of wins despite never being a college head coach before.
“He has done it!” Smith says. “This is the best defensive back in NFL history!”
Sooo … what do ya say, Prime — job interview soon????
This article was originally published by Tmz.com. Read the original article here.