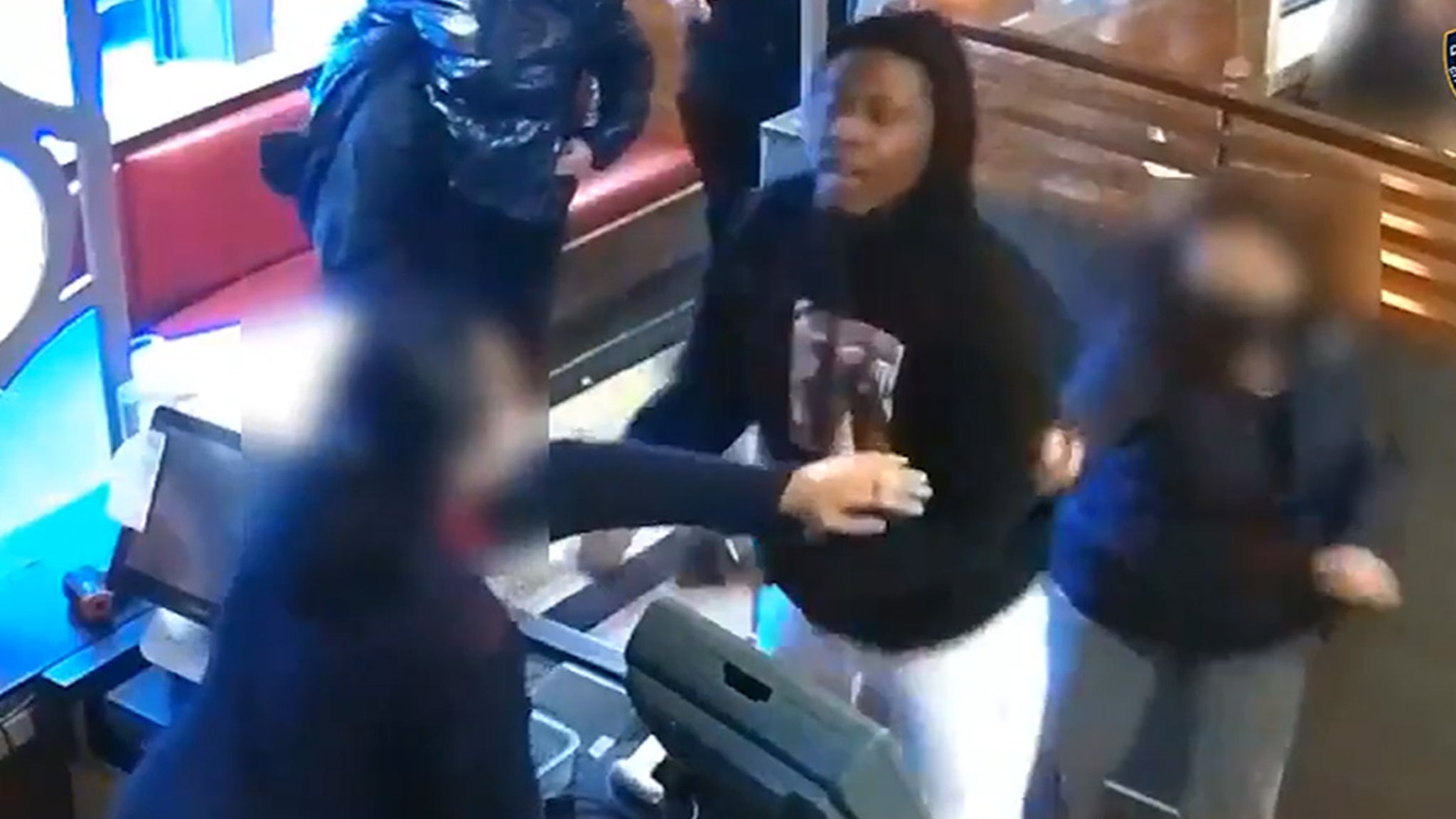 A guy who wanted to chow down at an IHOP without a face covering wouldn’t take “no mask, no service” for an answer — because cops say he went to town on the staff with a knife.

Law enforcement sources tell TMZ … this wild incident went down Tuesday in Queens where surveillance video captured the horrifying scene. At first, you see the customer in the waiting area with another guy — although, we’re told there were at least 3 men who rolled in together.

Looks like a staffer’s telling him to mask up, which seems to piss him off. He gets up to argue, and appears to leave the building — but when the whole crew comes back, he’s way more agitated.

The video shows the guy who allegedly refused to put on a mask storm back into the IHOP and charge past a table and other waiting customers … apparently trying to get at someone off-camera.

While trying to get a hold of that person, the guy reaches over and grabs something from his friend — cops say it was a knife — and then chases some workers through the restaurant. Toward the end of the video, he actually swings at someone before booking it.

According to our sources, the man swung at a 40-year-old female employee and cut her arm, which required stitches.

As for the guy here … we’re told he and his pals made a clean getaway, but cops are on the hunt.