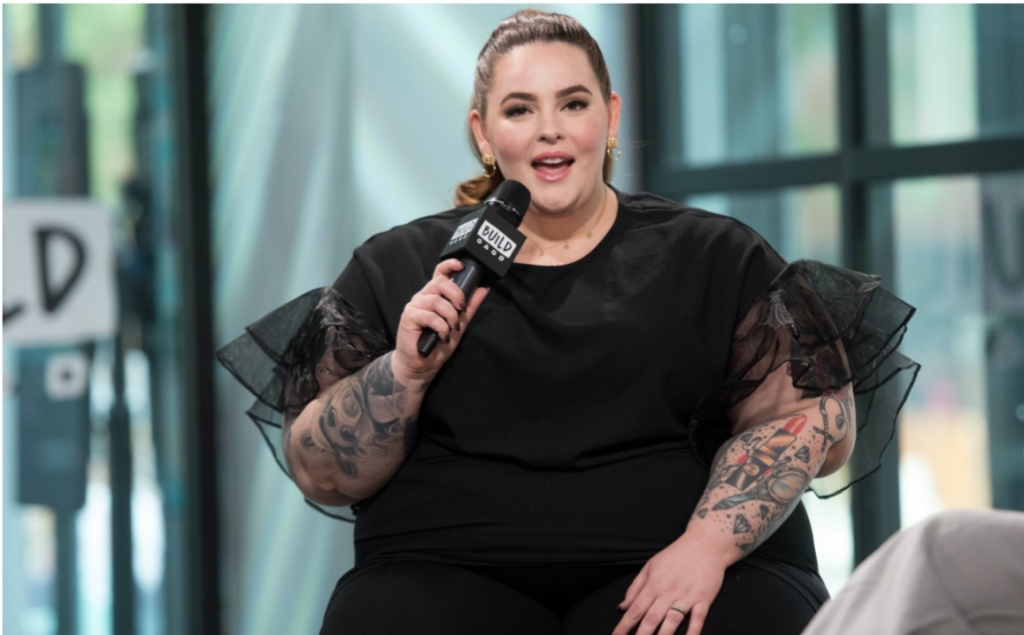 When you think of the weight of a conventional supermodel, it ranges from plus-size to super skinny. But Tess Holliday is hardly conventional. Tipping the scales at more than 300lb (138kg), Holliday weighs as much as a professional American football player. In 2015, she became the heaviest woman to secure a mainstream modeling contract, proving you don’t have to spend daily 2 hours in the gym to gain supermodel status. Want to know some interesting facts about Tess Holliday? We know you do!

1. She Isn’t Exactly Sure How Many Tattoos She Has At This Point

Holliday got her first tattoo at the age of 18. She says the guy who did it had just gotten out of prison, which means it had to have been top quality. Since then, she has gotten so many tattoos that she’s lost count, although she believes it’s around 30. Among the tattoos are a silhouette of a bat, a young Dolly Parton, Miss Piggy, a rose, a girl and scissors, and Hello Kitty.

2. Her Autobiography is Titled The Not So Subtle Art of Being a Fat Girl: Loving the Skin You’re In

In September 2017, Holliday released a candid autobiography in which she shares details about growing up in an environment in which she was bullied for being overweight. The book has received overwhelming positive reviews from those who purchased it.

3. Her Mother Survived a Murder Attempt When Tess Was 10

Holliday’s mother Beth was shot twice in the head by an ex-boyfriend who left her for dead. Miraculously, although she is partially-paralized she survived. Through lots of physical therapy and effort, she is even able to walk and speak again. But unfortunately she has to deal with constant pain.