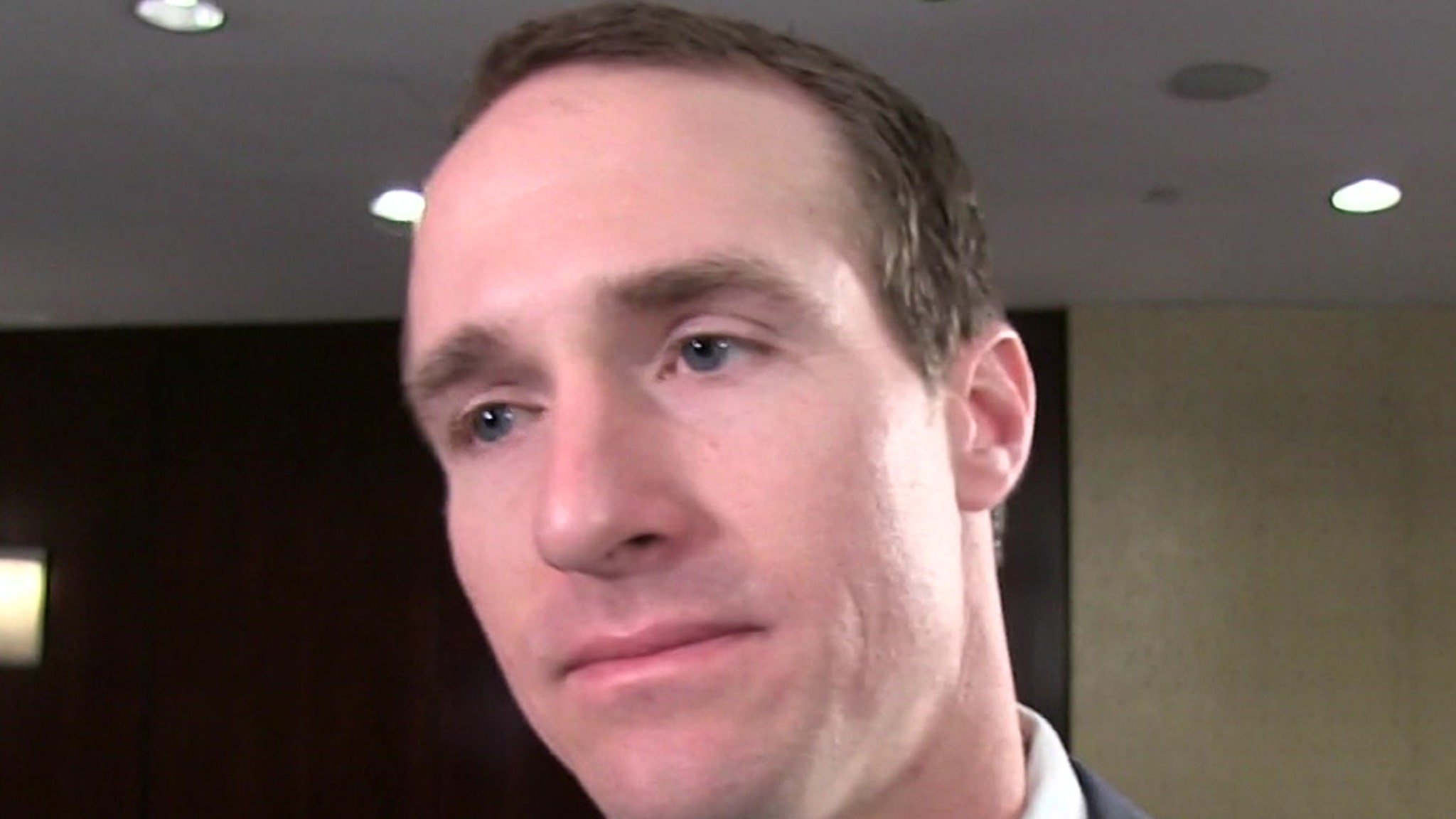 Drew Brees is hanging up his cleats and helmet — the legendary quarterback just announced he’s retiring after a storied career … and recruited his kids to help with the message.

The New Orleans Saints QB made the announcement Sunday with a video of his 4 young children telling the camera that, yes, their pops is ready to move on from the NFL. The kids go down the line and recite this … “After 15 years with the Saints and 20 years in the NFL, our dad is finally gonna retire SO HE CAN SPEND MORE TIME WITH US!”

All 4 kids jump up in jubilation and let out some “YAYS!” … which is awesome, you can tell just how excited they are. Drew had some parting words of his own in a touching caption for the Who Dat faithful.

He writes, “After 20 years as a player in the NFL and 15 years as a Saint, it is time I retire from the game of football. Each day, I poured my heart & soul into being your Quarterback.” He adds, “Til the very end, I exhausted myself to give everything I had to the Saints organization, my team, and the great city of New Orleans.”

Drew goes on to say that he’s had built incredible memories in New Orleans with the folks living there, and that the city will always be a part of him and his fam. He adds, “You have molded me, strengthened me, inspired me, and given me a lifetime of memories. My goal for the last 15 years was striving to give to you everything you had given to me and more.”

DB ends with this … “I am only retiring from playing football, I am not retiring from New Orleans. This is not goodbye, rather a new beginning. Now my real life‘s work begins!”

Drew helped take the team to the Super Bowl in 2010, which they went on to win. He’s one of the most decorated quarterbacks to ever play the game … having won awards like Offensive Player of the Year, the Walter Payton NFL Man of the Year, Comeback Player of the Year, Super Bowl MVP and so many more … including being the NFL’s All-time passing leader ahead of Tom Brady and Peyton Manning.

Brees is in the pantheon of greats with the likes of Tom Brady and Peyton Manning — 2 of his contemporaries who are hands down HOFers. He got his start in the NFL back in 2001 with the San Diego Chargers, but headed off to the saints in ’06 … and the rest is history.

As for what’s next for the man, unclear for now. But in the meantime, thanks for the memories, Drew!