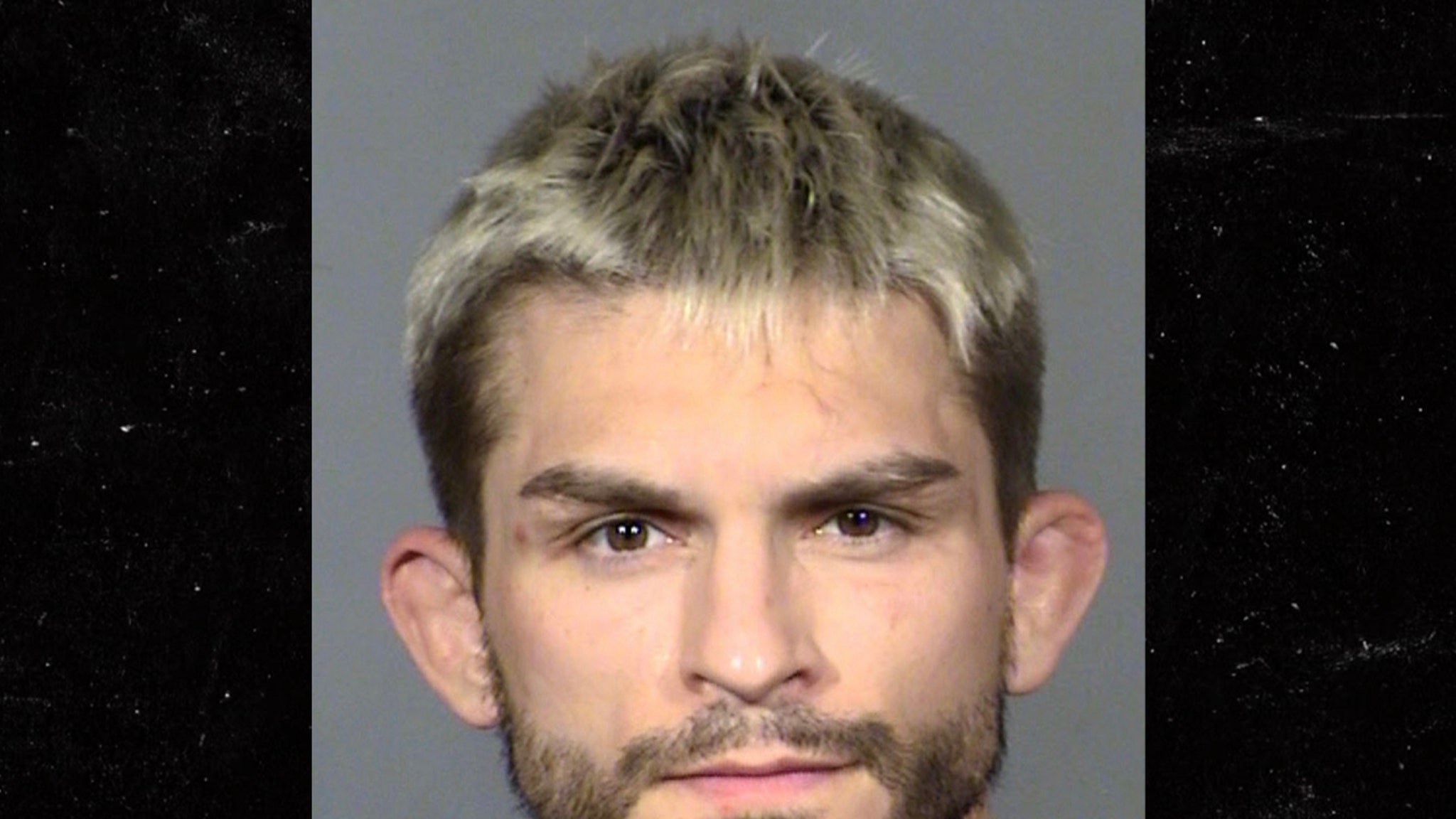 MMA fighter Johnny Case admitted to police he performed a “leg sweep” on his ex-girlfriend during an altercation last week — but insists he was merely defending himself against another trained fighter.

It’s all spelled out in the police report, obtained by TMZ Sports … which shows the ex-girlfriend called the Las Vegas Metro Police Dept. on April 1 to report a domestic violence incident.

The woman — who is a professional fighter — told cops she was hanging out with Case in her apartment when he told her he wanted to have sex.

The woman says she rejected his advances and told him to leave — and that’s when he “became angry” and got physical with her.

The woman told cops Case pushed her — so she pushed him back — and that’s when Case picked her up and threw her on the ground, causing scratches on her elbow which were visible by officers.

The woman claims Case continued the attack … kicking her in the inner-thigh and spitting on her while she was on the ground.

In the police report, responding officers noted a red mark on the woman’s leg, which resembled a foot.

Officers later tracked down Case and got his side of the story … and it’s radically different.

Case told cops … the woman got angry for “personal reasons” (which he wouldn’t elaborate about) and attacked him first — striking him numerous times.

Case admits he picked up the woman to throw her — but insisted it was the only way to stop her attack.

Case told cops he left the apartment and went to his truck … but she continued the assault — throwing closed-fist punches and elbows to his face, which resulted in cuts to his lower lip and eyebrow.

According to the police report, Case said he “leg swept” the woman so she would fall and “would no longer be able to attack him.”

At that point, Case says he got back in his truck and left.

After speaking with both parties, cops determined Case was the primary aggressor — partly because he’s a trained martial artist. He was booked for alleged domestic battery.

It’s unclear if the officers knew the woman is also a pro fighter.

We reached out to Case and the woman involved in the incident — but no comment from either side.