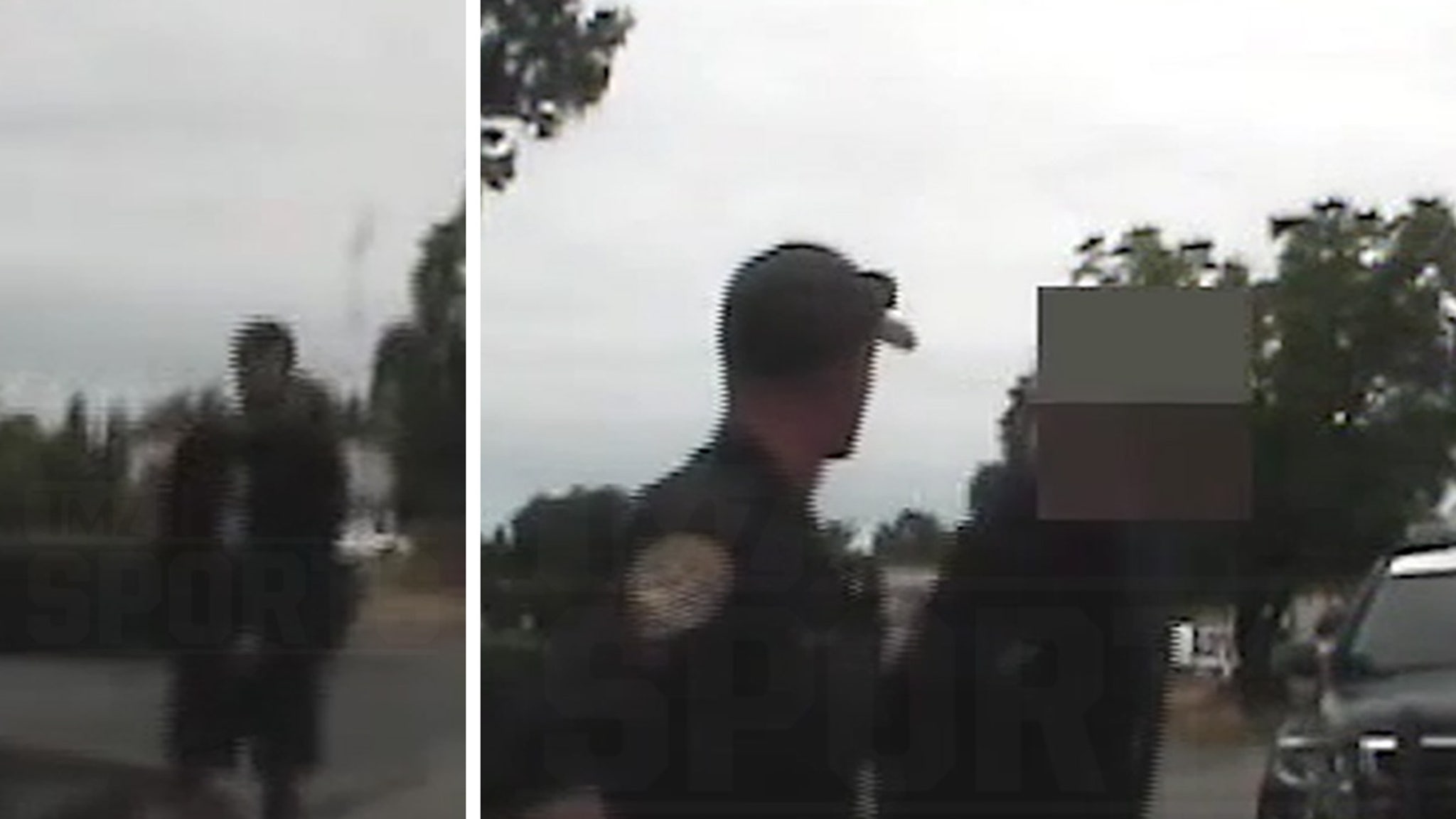 NFL kicker Aldrick Rosas was bloodied and barefoot when cops stopped him on the side of the road just before his 2020 arrest … new police video, obtained by TMZ Sports, shows.

Cops in Chico, Calif. were on the hunt on June 15 for the 26-year-old former NFL Pro Bowler after he had allegedly T-boned a vehicle and fled the scene.

In new police footage, you can see the moment officers finally caught up to him … and it’s pretty wild.

Rosas eventually complied … and after some initial questions about the car crash, that’s when the officer acknowledged Rosas’ bloody injuries.

“Are you hurting anywhere?” the cop said. “Or are you just all bloodied up and not hurting?”

The officer then said he was calling medics to the scene because Rosas’ feet were “pretty messed up.”

Rosas was eventually taken to the hospital to have his injuries checked out … before he was ultimately booked into Butte County Jail.

Prosecutors later hit Rosas with 3 criminal charges over the incident — including misdemeanor reckless driving and misdemeanor hit-and-run — but Rosas cut a plea deal in September to close out the case.

Rosas pled no contest to his charges … and in exchange, he was hit with 3 years of probation as well as a 30-day suspended jail sentence.

Rosas was also ordered to pay fines and fees … and he’s now not allowed to drive with ANY measurable amount of alcohol in his system while he’s on probation.

Rosas signed with the Jacksonville Jaguars shortly after closing out the case … and played in 6 games for the team in 2020, making 8 of his 11 field goal attempts.

He signed a 1-year deal to remain with the Jaguars this offseason.