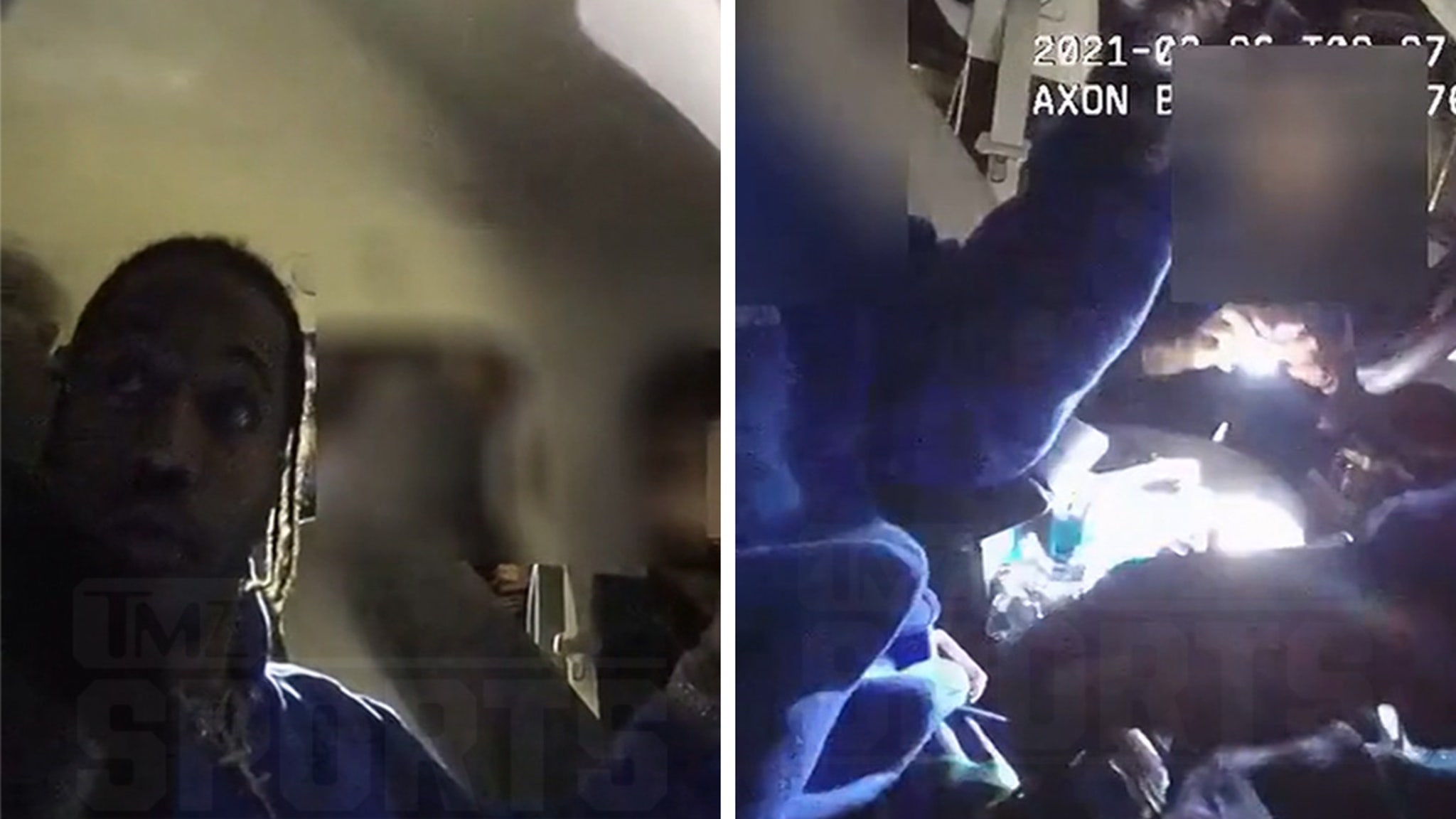 A cop was so concerned for Marshon Lattimore after finding a gun near his groin during a police stop last month that he straight-up warned the NFL star, “You’re gonna shoot your dick off.”

… and the whole incident was caught on police video obtained by TMZ Sports.

Lattimore and three others were stopped in Cleveland on March 26 after cops say the driver of the vehicle had committed multiple traffic violations.

In video of the stop, you can see officers swarmed the car immediately … and confronted Lattimore right away.

In the clip, cops say they smelled a strong odor of marijuana coming from the car … and then asked Lattimore if there were firearms inside the ride.

Eventually, Lattimore revealed he DID have a gun on his person … and told cops it was located in the groin area of his jeans.

“You’re gonna shoot your dick off,” one officer said as he removed the firearm from Lattimore’s pants.

“Get yourself a holster, brother,” another cop told the New Orleans Saints corner.

As cops were conducting searches around the car, one of the officers apparently realized Lattimore was an NFL player … and said out loud, “You play for the Saints?!”

The cop then scolded the 24-year-old for putting himself in the position … explaining, “It’s not like you’re a, you know, f***ing chump out there, bro!”

Ultimately, cops say they found Lattimore’s gun showed up in the system as stolen … and they arrested him, booking him on charges of failure to notify and receiving stolen property.

The other three passengers in the car were also arrested.

Lattimore’s case is currently playing out in the court system.

Lattimore is one of the best defensive players in the NFL … and is expected to ink a massive contract extension with the Saints when his rookie deal expires after the 2021 season.

Before his NFL career began, Lattimore — who grew up in the Cleveland area — was a star at Ohio State.