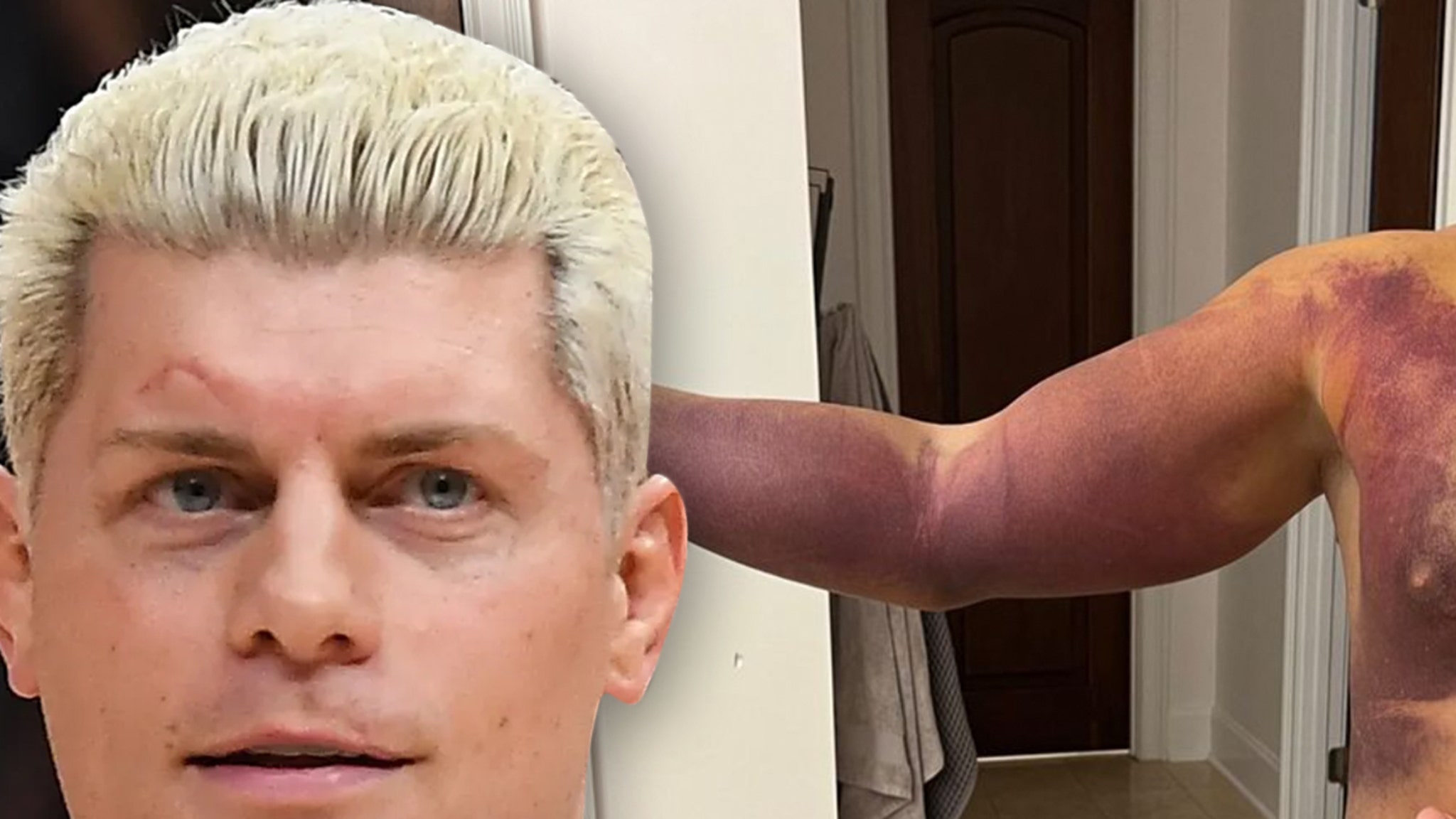 WWE star Cody Rhodes just showed off more of his gnarly pec injury … and somehow, it looks even worse than it did when he wrestled Seth Rollins inside a “Hell in a Cell” match over the weekend.

In the photo Rhodes posted of the injury Wednesday morning, you can see the bruising from the torn muscle in his chest now extends all the way from his sternum down to his wrist.

It’s pretty gruesome … especially considering Rhodes also revealed on Tuesday night that it started out as simply a small bruise.

As we reported, Rhodes initially sustained the injury during weight training … but was able to still wrestle Rollins on Sunday regardless.

In the match, Rhodes withstood multiple strikes to the injury, and eventually beat Rollins.

On Monday, around 24 hours after getting in the ring with Rollins, he was “attacked” by the superstar again on “Monday Night Raw”, which put even more stress on the ailment.

Rhodes is now expected to have surgery on the pec on Thursday. It’s unclear how much time the 36-year-old will miss.