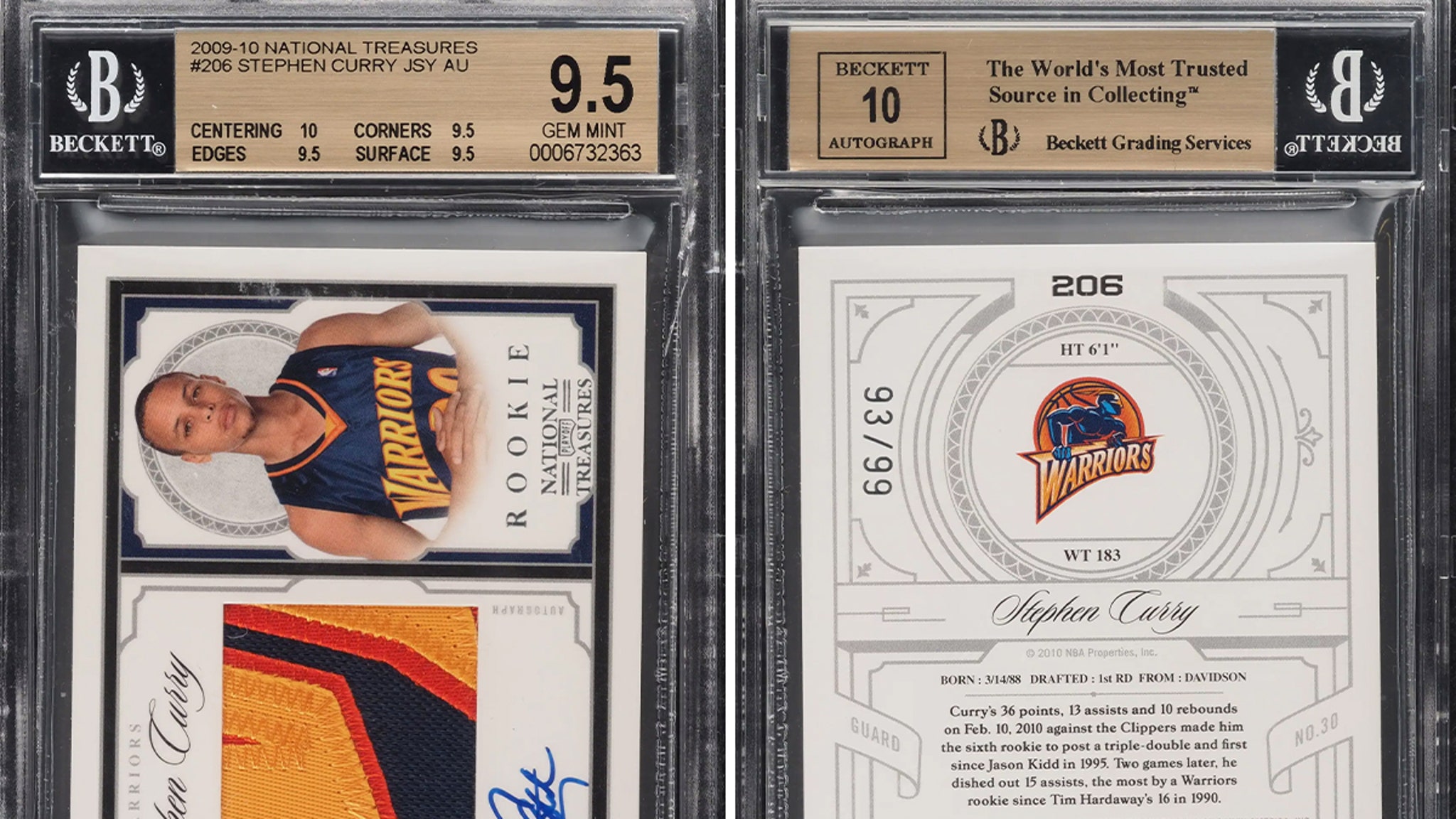 Big fan of Steph Curry and have half a mil layin’ around? Good news — a super rare SC rookie card has hit the auction block, and it could sell for over $500K!

TMZ Sports has learned … the 2009 National Treasures autographed patch piece is up for sale at PWCC Marketplace — and it’s such a gem, bidding is already up over $400,000.

The front of the card has a photo of a young Steph in his road Warriors jersey — and features a cutout of his threads. It also has Curry’s autograph in bold, blue ink.

On the back, Curry’s stats are displayed … as well as a nod to one of his most famous triple-doubles.

Officials at PWCC tell us the card is ultra hot right now because it’s super rare (it’s numbered to just 99) and because Curry — in addition to already being one of the greatest point guards ever — is in yet another NBA Finals.

With a series win over the Celtics, Curry would be a four-time champion — putting him in seriously rare air.

Bidding on the piece ends on June 16 … best of luck!