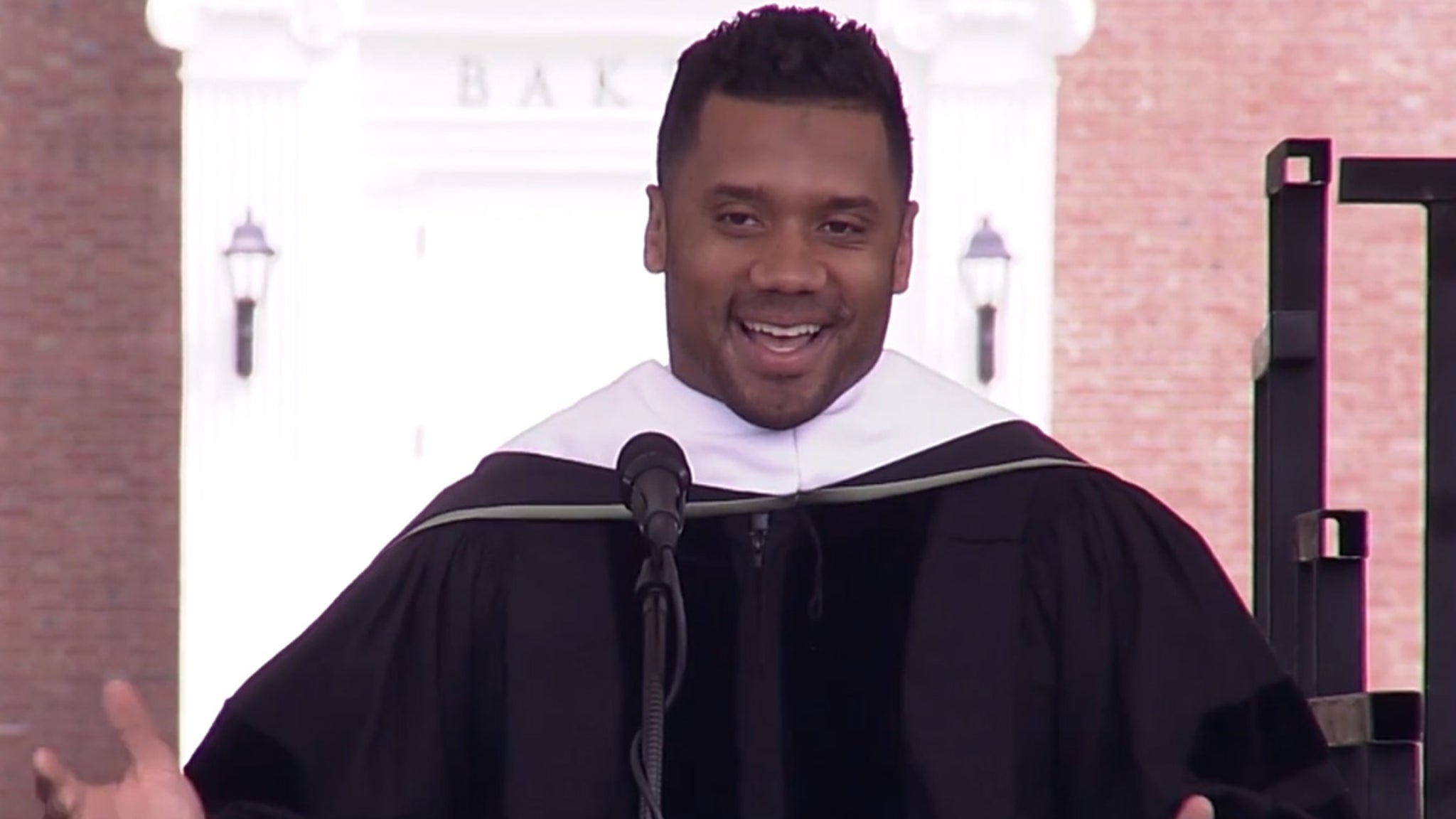 Russell Wilson had a crowd of new grads and their families in stitches over the weekend … after he thanked them and other officials for finally not introducing him as “Ciara’s husband.”

Russ made the joke as he was delivering the commencement address for the 2022 Dartmouth College graduating class in New Hampshire on Sunday … right after he was referred to as a Super Bowl champ and NFL star.

“Thank you very much for that introduction,” Russ said. “Usually I just get introduced as ‘Ciara’s husband,’ so that was cool.”

Russ took the quip even further … adding, “And, let me start by answering the question that is on so many of your minds: Yes, she’s here too.”

Russ’ speech was captured on video … and Ciara was spotted by cameras sitting in attendance and laughing big at the witty remarks.

Russ was tapped to give the speech 45 years after his father, Harry Wilson, graduated from the school … and, following the opening funnies, Russ offered plenty of kind words about the university and what it did for his father and his family.

The Denver Broncos QB also spoke to the graduates about the impact his father had on his life following his time at Dartmouth … and challenged them to reflect on what they want their legacies to look like after leaving the school as well.

“No matter what you do after you leave this campus,” Russell said, “your life, your legacy, will be defined not by the accomplishments you list on your resumé or the goals you achieve, but by the impact you have.”